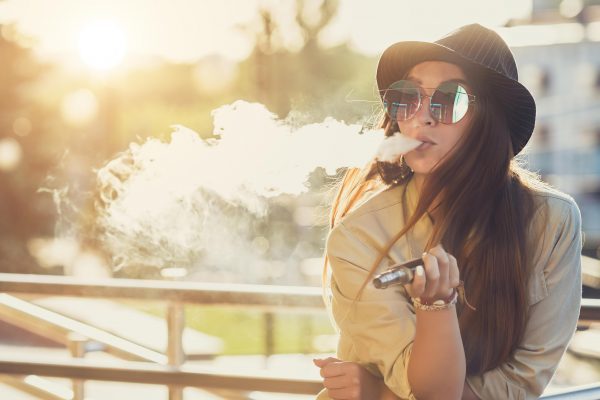 The number of Brits vaping is continuing to increase, according to the latest research from Mintel.

‘Over the last couple of years the proportion of vapers has increased with a particular rise in 45-54s,’ Roshida Khanom, Mintel associate director, beauty and personal care, said.

‘That’s despite public concerns around vaping amongst young people.

‘This increase in vapers among middle-aged Brits may be reflective of them joining what they consider a fashionable trend.

‘Our previous research shows that 45-54s are the age group most likely to agree that vaping is fashionable (71%).’

Almost half (47%) of smokers use e-cigarettes to help kick the habit, whilst 38% use them to help cut down.

‘The smoking cessation category is estimated to have declined in value in 2018,’ Ms Khanom continues.

‘Smoking cessation has seen no breakthrough innovation in recent years.

‘As well as a decline in recorded advertising spend, resulting in little to entice smokers to invest in the sector.’

Almost two thirds (62%) of Brits believe there should be regulation of the vaping industry.

The research also found that 55% feel vaping is addictive and 42% believe it’s a gateway to smoking.

However, only 1% of non-smokers vape.

‘It’s interesting that such a high number of people are looking for regulation in the vaping industry,’ Ms Khanom concludes.

‘That’s despite the fact that it is already a regulated market.

‘This is driven by the high perception that too many young people vape and that vaping is a gateway to smoking.

‘Vaping is considered addictive by the majority of adults.

‘But whilst the nicotine content in e-cigarettes can be addictive, the NHS describes it as “relatively harmless”.’