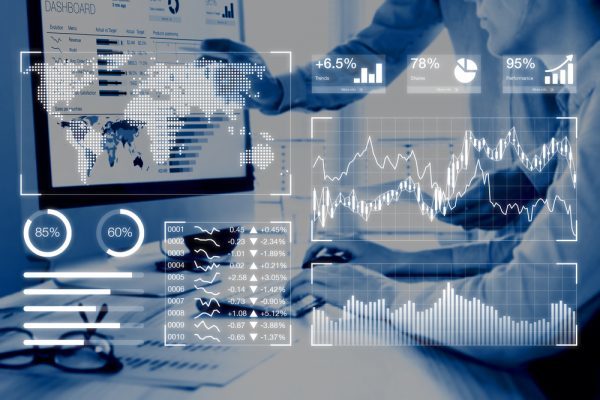 For most principals considering selling a dental practice, the news is good. Not so long ago the best (or only) way to exit was to effectively gift goodwill to an associate or a friendly local practice owner ‘off market,’ in order to protect existing patients and staff.

Nowadays, the dental market is incredibly vibrant and attracting a new breed of purchaser. This is just one of the key changes that we’ve experienced since launching our dental brokerage service five years ago.

So, what are the other big changes?

The lure of evergreen NHS contracts ensures a steady level of demand for any NHS or mixed practice, particularly from first-time buyers. However, difficulties in recruitment over the last two to three years have contributed to record levels of clawback by the NHS at practice level and this is driving caution amongst buyers across the board.

Banks have been taking notice of this and where a UDA target has not been achieved, there is a greater level of diligence than in recent years.

If targets have been regularly missed, banks are more likely to base offers on actual performance rather than baseline contract value. It does also depend on the location of the practice and the buyer’s attitude towards risk.

Another key difference has been the recent and rapid increase in demand for private practices, which were once considered too risky for many types of purchasers.

General and specialist practices are now highly sought after due to the net reduction in NHS funding and portfolio owners’ requirement to balance the risk of contract reforms.

Referral practices, even those with more risk, are also in demand as groups recognise the value of developing specialist centres of excellence.

A significant trend over the last few years has been the continued consolidation of the market. This is the process by which the highly fragmented ownership structure of the dental sector changes through the acquisition of businesses by ‘consolidators’.

For some, this is viewed as a threat as ownership shifts from independent to corporate operators, while others accept that it is simply the way many markets function. To put this into perspective, of the 12,500 or so dental practices in the UK, we estimate that in 2013 less than 6% were owned by corporates or mini-groups. This figure has increased to some 12% in 2018.

The dental sector is still highly fragmented and largely independent compared to the pharmacy and veterinary sectors, which are 40% and 65% consolidated, respectively.

The choice of purchaser in 2018 is more diverse than ever before, particularly for owners of larger practices.

Five years ago, if you were trying to sell your mixed practice, it was simply a question of which of the two main corporates would acquire it. The last few years have seen an explosion of multiple practice owners whose businesses have grown in size and equity value, enabling them to raise further funds for expansion, and we estimate that there are now around 500 multiple practice owners across the UK. This has increased the number of potential buyers in the higher price ranges, and we now routinely receive multiple offers for practices with an asking price of £5,000,000 or above from a variety of dental companies and financial buyers.

Much has also been written about the entrance of private equity (PE) into the dental sector. Focus tends to be on the top end of the market and we have seen deals involving a number of the established corporate players over the last 18 months. PE does not invest to stand still so those corporates will be back on the acquisition trail too.

Further down the market, we are seeing smaller PE investors and family trusts pursuing a ‘buy and build’ strategy, in order to gain a foothold in dentistry.

Values and deal structures have changed significantly over the last five years, as has the methodology for arriving at a price for a typical dental practice. Gone are the days of the ‘pence in the pound’ approach, especially for larger practices. While this is still a useful yardstick, it doesn’t consider the many other factors that influence value at practice level and so the profits method (earnings before interest, tax, depreciation, amortization – EBITDA) is the key driver of value, as dictated by the banks.

The different sizes and types of dental businesses, each of which has its own trading dynamics, risks and profit margins, means that it’s inaccurate to apply a single ‘multiple’ across the market. A high-end specialist practice that is principal reliant will attract a lower multiple than one where the risk is spread across a number of associates.

However, if we bundle all the data together, we can see that the multiple of EBITDA has moved significantly from a minimum average of four to six over the five year period. The upper average has moved from six to eight and a half EBITDA in the same timeframe.

Prices of quality dental practices and those in sought-after locations have increased at the fastest rate. Meanwhile, practices in more rural locations, particularly those affected by recruitment challenges and where NHS performance has been affected, have seen prices level out or even drop in some instances.

Deferred consideration and tie-ins are common features in the sector, but as competition for certain types of practices has intensified, these terms become more benign for the seller. Five years ago, it was common for up to 40% of the sale price to be deferred; however, this has now been reduced to 10-25%, depending on the transactional risk.

As we head towards the end of another busy year in the dental market, we anticipate an exciting 2019 with ever-increasing activity and adaptation.