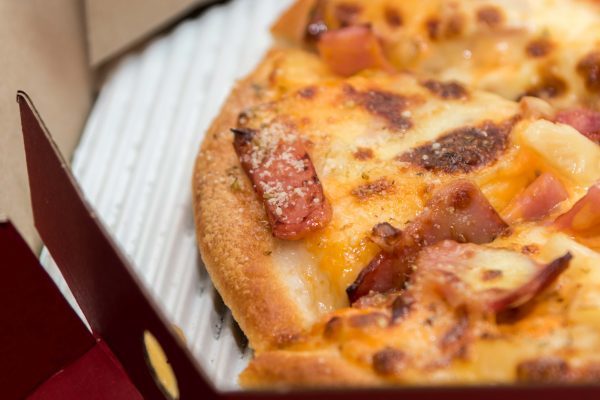 Pizzas, pies and sandwiches could all be given calorie limits under new Government plans to tackle obesity in Britain.

This will see many restaurants having to cut the size and number of toppings on their pizzas.

‘But the food industry has a responsibility to act.

‘The simple truth is that on average, we need to eat less.

‘Children and adults routinely eat too many calories.

The suggested limits come fresh on the back of figures showing obesity has reached record levels in children.

‘Obesity is a problem that has been decades in the making,’ Steve Brine, Public Health Minister, said.

‘(It’s a problem) that will take significant effort across Government, schools, families and wider society to address.

‘We cannot expect to see a reversal in trends overnight.

‘But we have been clear that we are willing to do whatever it takes to keep children healthy and well in this country.

‘We have already removed tonnes of sugar from children’s diets through the sugar tax.

‘And this summer we announced the second chapter of our childhood obesity strategy with a series of bold plans to halve child obesity by 2030.’

17hr Oral Health
Dentistry Online uses cookies to give the best experience. If you continue to use our site, we will assume that you agree to the use of such cookies. Read More.
Accept