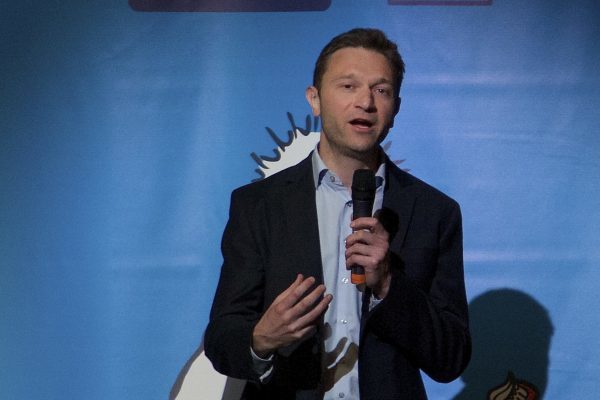 The British Society of Paediatric Dentistry’s Outstanding Innovation Award is open for entries.

The award, now in its second year, was established to give recognition to shining examples of initiatives which improve children’s oral health.

The winner in 2018 was dentist Ben Underwood for his tooth-brushing app BrushDJ.

The first prize for the award is the opportunity to speak at BSPD’s conference and Ben’s presentation was definitely a highlight of the Dundee gathering.

He outlined the background to the development of the app, which has now been downloaded in 199 countries.

When he first suggested it to colleagues, he said, that he might have devised an innovation which would inspire improved tooth brushing, he was looked at with disbelief.

However, with the majority of people owning smartphones, he was confident that mobile phone use would continue to accelerate and a free app with music could potentially have universal appeal.

Not only is it a brilliant idea, he has made it accessible to all including blind or low vision users and those with dyslexia. And by making it free and available on any kind of phone, it’s affordable to those in deprived communities who are hardest to reach. As the music is taken from the user’s phone, its appeal spans all ages and cultures. As Ben says, ‘If you want to make people do something, you have to make it fun.’

Ben was an inaugural NHS Innovation Accelerator Fellow and BrushDJ is the only dental app in the NHS digital library. It has won multiple awards and he continues to evolve content and extend access to free music.

Entries for the 2019 award can be on paper or in electronic or poster format and there is no word limit. Pictures which illustrate the project are welcome but not essential. The key test is that the project benefits children or young people who may be at risk of dental decay. The judging will be undertaken by BSPD’s Executive Committee at its February meeting.

BSPD members are asked to submit entries to the society administrator – [email protected]  by 5pm on 31 January.