‘Why I left the prototype programme’ 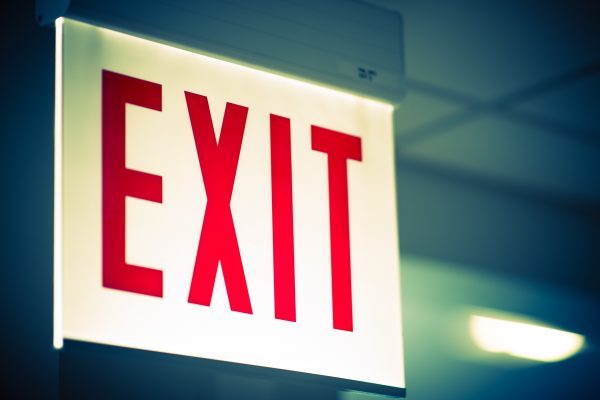 ‘Why I left the prototype programme’

Nigel Jones speaks to Joe Hendron about his recent withdrawal from the prototype programme and his thoughts on the future of contract reform.

One of the most significant moments within the dental profession this year, in my opinion, was Joe Hendron’s heartfelt letter of resignation from the prototype programme. I was fortunate enough to be able to spend some time with Joe at his NHS practice in Wakefield recently to find out more about what led him – as someone who is committed to the NHS and passionate about the need for reform – to make the decision to withdraw.

I met Joe less than a month after his practice officially left the prototypes, and it was clear that it was not a decision that had been taken lightly. It followed a culmination of pressures: the resignation of his practice manager of almost 30 years, an additional staffing cost of £50,000 per year, working more hours with no additional funding, and changing targets.

Joe, whose practice first became involved in the reform programme as a pilot in 2011, explained to me his reasoning behind writing the open letter to Jeremy Hunt, which was published in BDJ in Practice in February.

‘In meetings with the Department of Health (DoH) I’ve expressed my desire to carry on being part of reform and making it work, but they don’t recognise what it costs – and I wanted to let everyone know the reality. I wanted to make it work and achieve the target, but when this was achieved, I also wanted the cost at which it came to be known.

‘It’s not just me either; prototypes all across our area have had to put in extra time and money to try to make it a success. At the outset of the pilot we were given a calculated number of hours in which to deliver NHS treatment, but by the end of the prototypes we were providing 22% more hours than we were contracted to, with no additional funding.

‘They also changed the rules, so that “occasional patients” could no longer be included, meaning our target increased overnight by 350. Increasing access by stealth is something I have a major problem with the DoH about – they are selling us a dud with contract reform; it is not about prevention, it’s about increasing access.

‘I don’t want to deter practices coming into the programme, but I want them to come in with their eyes open and for the right reasons.’

In this regard, Joe’s letter couldn’t have come at a timelier moment, as it was published in the same month that expressions of interest were requested for the fourth wave of prototypes, which will continue trialling the same A and B models as previously.

The call for more practices to join in the latest round of testing strongly suggests that it will be at least 2020 before contract reform begins to be rolled out nationally. Despite his experiences, Joe is still motivated about the prospect of reform in the profession – just not in its current guise.

He said: ‘I’d liken reform to the Emperor’s new robes. We were supposed to get rid of the UDAs and have a more preventive contract, and yet we’ve got the UDA and we’ve got access targets that are causing problems, and it feels as if it’s being rolled out as a done deed. This is not reform, it is a UDA contract with the additional target of access and it’s not going to work for our patients.

‘There has been no new significant commissioning since 2004 and no changes or alterations to UDAs and their distribution. Dentists are just being told “get on with it and make this work”. But if they’re clawing back £81 million – clearly something is not working.’

Like many in the profession, Joe highlighted the need for more funding to support the profession and using clawback money to bring dentistry into the 21st century, rather than allocating it to wider NHS services. He also suggested that one area of reform that works well, but needs improving, is the Dental Quality and Outcomes Framework (DQOF), which is used to measure the results of preventive advice.

Joe said: ‘The DQOF, like the care pathway, has great potential but needs adjustment and fine-tuning. If they can make it work effectively then we will be able to see the results of what we’re doing. We could show that we are doing a good job, and then maybe all these activity targets can be put to one side and we can concentrate on prevention and demonstrate that we are making a difference on the DQOF.

‘For too long we’ve been used to the stick but having a carrot out there – and a properly designed carrot like the DQOF could be – just might actually bring in the changes that people in this country want to see.’

One change that Joe is passionate about is rethinking the entire notion of UDAs and classifying prevention as an activity: ‘Prevention takes time to do, it is an activity. The current system of measuring activity is not fair on the dentist or the patient, and NHS England has got to rethink it and come up with a new idea that works for everyone.’

The UDA system has been in place for so long and remains a key component of the new wave of prototypes, that it seems unlikely it will be significantly overhauled any time soon. In which case, I wondered what Joe’s thoughts were about the future of NHS dentistry, both for professionals and, by extension, their patients, and what the landscape may look like in 10 years’ time.

Joe said: ‘I would like to think there will still be an NHS dental system for a start, that there is a service there to provide a good standard of care for the population who are asking for it. I’d also like to think that it will be rewarding, not just something you do just to get into private practice.

‘After all, what’s wrong with a career in the NHS? I’ve had one and I’m glad even though it’s been tough, and I’d like the conditions to be better, particularly for new entrants coming into dentistry to enable them to offer their patients the same level of care that I try to offer.

‘I am dyed-in-the-wool NHS and my patients have helped me build the practice I have today. But if the NHS contract that will be rolled out across the country is going to be the current prototype, I will be one of the first to recommend to my patients that they look for an alternative, because this is not the way forward for them.’

I’m grateful to Joe for giving up his time to talk to me about the details of just what it took for him to meet the needs of the prototype contract. I was genuinely moved by his dedication to the NHS and desire to improve the future for his profession, and saddened about his personal and professional struggle to maintain that whilst meeting targets and providing a level of care he is satisfied with. Unfortunately, I fear he is just one among many NHS dentists battling this predicament on a daily basis.

To hear more from Joe and Nigel, you can listen to their interview via a podcast here: blog.practiceplan.co.uk/why-i-resigned-from-the-prototype-programme.

Practice Plan is a specialist provider of practice-branded membership plans and partners with over 1,500 dental practices and offers a wide range of business support services. If you would like to find out more call 01691 684 165 or visit building.practiceplan.co.uk.