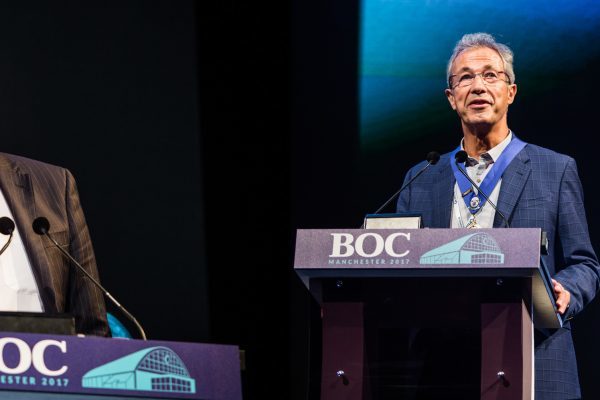 Both will take up their roles in January 2018.

Professor Jonathan describes his role as ‘the pinnacle of his professional career.’  Jonathan has been a consultant orthodontist at Chesterfield Royal Hospital for nearly 25 years and in that time built up an international reputation as a teacher, researcher and clinician.  He has been directly involved in many RCTs, into both growth modification and the use of osseointegrated implants and TADs. He has authored and co-authored many book chapters, and over 120 clinical and scientific papers.

As the chairman of the International Committee of the British Orthodontic Society, he represents the BOS at the European Federation of Orthodontic Societies’ annual meetings. Jonathan is one of three UK diplomates of the European Board of Orthodontics and has been a European Board of Orthodontics examiner for the past five years. Jonathan is currently half way through his presidency of the ‘Angle Society of Europe’. His highest profile role to date for the BOS was as chairman of the organising committee of the 8th World Orthodontic Conference 2015, a task which involved eight years of planning.

‘Looking forward to the next three years’

Commenting on his new role as President of BOS, Jonathan said: ‘I have contributed to the work of the society throughout my entire professional life, which has been the source of enormous professional satisfaction. I have had the opportunity to work with many truly amazing individuals, all prepared to give up tens and sometimes hundreds of hours, solely for the benefit of the entire orthodontic community . . . and asking little or nothing in return.’

‘I look forward over the next three years, to finding the next generation of able and talented BOS members to whom we can hand the baton. This will ensure that the BOS continues to thrive, for the benefit not only of young orthodontists but, more importantly, for our patients.’

Among the roles he is best known for is as co-presenter, with Nigel Harradine, of Excellence in Orthodontics from 1987 to 2017, a training course which has taken them around the world. He has published 35 papers in peer-reviewed journals and written two chapters for books on orthodontics. David has been a member of the BOS since its inception in 1994 and prior to that date belonged to the British Society for the Study of Orthodontics.

Of his new role, David said: ‘It is a great honour and I am very humbled by the trust and faith placed in me by the Trustees and the membership of the Society – it is a role I never dreamt would have been offered to me.  I look forward to working closely with the President, Jonathan Sandler.’

David’s three objectives for 2018 are: