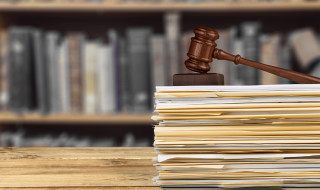 FTA Law comments on what the recent legal victory which overturned upfront fees for employment tribunals could mean for dentists and dental practices.

The Supreme Court’s – the UK’s highest court – recent ruling in what has been a lengthy court battle has found that the current system of employment tribunal fees prevents access to justice and is unlawful since it was introduced four years ago.

Employment tribunal fees were introduced in July 2013 with the aim of transferring the costs of running the employment tribunal system to users of the service, encouraging early settlement of disputes and discouraging weak claims.

The introduction of the fees system has seen a marked decrease (around 70%) in the number of employment claims as anyone in England, Scotland and Wales wanting to pursue a case against their employer has had to find as much as £1,200.  This has been a huge expense for many employees wanting to fight their case in tribunal. Despite a fee remission scheme being available, for many the financial rewards available from winning an employment tribunal case simply didn’t justify the amount required to cover the fees.

Following the ruling, it has been confirmed that the tribunal service will stop charging fees with immediate effect. Steps will also be taken for the government to refund all those who have paid fees since the introduction of the scheme.  The total figure is estimated to be over £27million.
Going forward, anyone who has been treated unfairly at work will no longer have to pay to take their employers to court.  The system used pre-July 2013 will be reinstated meaning that any employee who feels they’ve been treated unfairly will now be able to bring a claim against their employer without the financial burden of paying a fee.

However, it is important to note that the Supreme Court acknowledged that the reasons for introducing tribunal fees were and continue to be legitimate. The issue in the recent case was the level of fees imposed.  For fees to be lawful they must be set at a level that everyone can afford and the Supreme Court did not accept that this was the case under the current scheme.  With this in mind, it is possible that a new fee scheme could still be introduced by the Government, as long as it is structured in such a way that it could not be viewed as preventing access to justice.

It is envisaged that there will now be an increase in the number of claims made by employees and/or former employees. Therefore all practice owners need to ensure they have the correct support in place to either prevent employment tribunal claims or successfully defend a claim should it arise.
FTA Law provides an annual subscription to cover all of the issues that you will face as a practice owner or manager in managing and running your practice, combined with the flexibility of manageable monthly instalments to suit you.