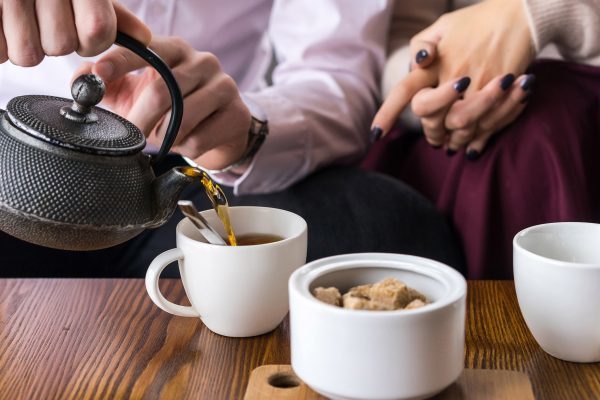 A new survey has revealed that one in seven British adults are exceeding their advised daily intake in sugar from tea and coffee alone.

The research by the Oral Health Foundation showed that nearly one in three British adults (31%) add sugar to each cup of tea and coffee they drink, with around one in six (16%) adding one teaspoon of sugar.

One in eight (12%) have two teaspoons of sugar in each tea and coffee, while 3% add more than three teaspoons to every cup.

The poll also found that British adults drink on average four cups of tea and/or coffee per day, with three in 10 adults drinking five or more cups every day.

With each teaspoon containing 4g of sugar, it could mean those choosing to have two teaspoons of sugar or more would be exceeding sugar intake recommendations laid out by the NHS in tea and coffee alone.

‘It might be easy to overlook tea and coffee habits when considering how much sugar we have, but given the amount of it we drink, there is a danger that we are consuming too much sugar far too frequently’, commented Dr Nigel Carter OBE, CEO of the Oral Health Foundation.

‘We would advise anybody to try cut out added sugar from tea and coffee, either by having it as it comes, or by adding sweetener.

‘If you really need that sugar hit from your hot beverages, then try reducing your consumption of them to mealtimes, so the amount exposure to sugar is limited.’

Advice from the NHS states that added sugars should not make up more than 5% of total calorie intake – about 30g of sugar a day.

Going by the average of four cups of tea or coffee a day, if each had one teaspoon of sugar, it could make up half of a person’s daily recommended intake.