Dentists and GPs back calls for HPV vaccinations 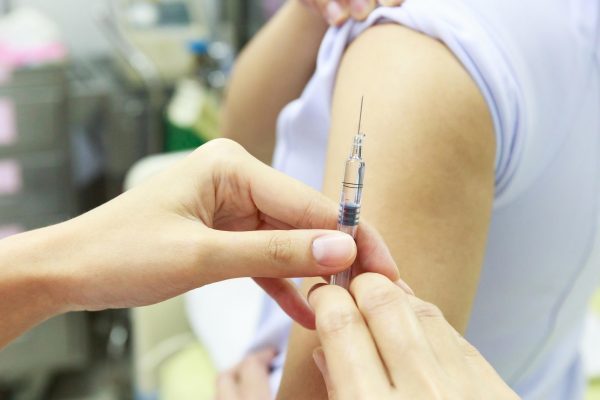 Dentists and GPs back calls for HPV vaccinations

Dentists and GPs are backing calls to make the HPV vaccination available to all school-aged children.

That’s according to a new survey from HPV Action, which shows 97% of dentists would back growing the programme, which currently is only available to 12/13-year-old girls, with a pilot programme extending the vaccination to gay men.

‘The incidence of oral cancer has increased dramatically over the last decade, and over two-thirds of diagnoses are in men,’ Mick Horton, dean of the Faculty of General Dental Practice (UK), said.

‘HPV is a main causative agent, and the introduction of the NHS vaccination programme for girls has led to a significant reduction in the prevalence of the virus among women.

‘Yet with over 2,000 men a year in the UK diagnosed with an HPV-related cancer – of whom almost half will die from the condition within five years – it is clear that current measures are not working for everyone.

‘The view of oral health professionals is resounding – many of these lives could and should be saved by also vaccinating boys against HPV.’

HPV Action claims that up to 80% of sexually active people will be infected by HPV at some point in their lives.

MPs have signed an open letter to Health Secretary Jeremy Hunt, appealing for him to ensure the UK starts offering HPV vaccinations for everyone to help combat some of the fastest growing cancers in the developed world.

‘It is now time for the government’s vaccination advisory committee to look up from its financial spreadsheets and act to end the suffering of those men and women affected by easily-preventable diseases caused by HPV.’

HPV Action is asking members of the public, especially the parents of boys, to sign an online petition demanding gender-neutral vaccination and will be calling on all political parties to commit themselves to gender-neutral HPV vaccination during the forthcoming General Election campaign.