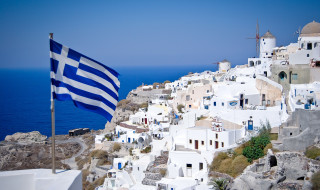 Greece has come out as the top country to live and work in for dentists, according to a new study.

Totallymoney.com has created an interactive tool that compares average salaries, weekly hours worked, paid leave and the cost of living for countries in Europe.

While the average salary paid to dentists in Greece is lower than countries such as France and the Netherlands, the cost of living means dentists are better off, France is next on the list, while the UK comes in at ninth.

‘It might inspire workers to think about moving abroad, when they see they could earn more elsewhere for doing the same job they love,’ Joe Gardiner of Totallymoney.com, says.

‘Sometimes a change of scene is, as they say, as good as a rest – with the added bonus of making you even more money.’

The study also found that a third of Brits feel over-worked and more than half feel underpaid.

As a result over 55% of Brits have considered moving to another country to continue working, however family and friends is the biggest concern when considering a move.