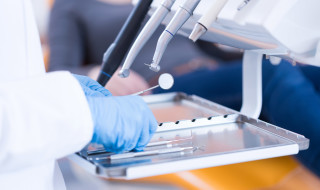 It’s worth paying more to make sure you don’t end up with counterfeit dental equipment, Michael Watson says.

It always surprises me that dentists who say that patients should be prepared to pay for quality, scratch around for the cheapest deals possible for themselves.

They will say that if only patients gave up their fags and booze they could afford high quality dentistry, or that going to eastern Europe for their implants could prove a false economy when things go wrong.

They will then try to find a laboratory that can do their ‘NHS work’, which must be cheap, or try to find an engineer to service equipment, again who is cheap.

All this may be harmless activity, prudent expenditure of scarce funds and you may find a great laboratory or engineer, whose charges are reasonable.

But when it comes to buying equipment off the internet, it’s quite a different matter.

As the British Dental Industry Association (BDIA) says: ‘Internet sales channels and the globalisation of dental manufacturing has provided an opportunity for unscrupulous operators to sell poor quality, substandard or even counterfeit and illegal products.’

At this year’s Showcase, the BDIA announced that it had joined up with the UK medical device regulator, the Medical and Healthcare products Regulatory Agency (MHRA), to stamp out dental counterfeits.

The sale of counterfeit, sub-standard and even stolen goods on the internet is a growing problem.

The BDIA points out that these are often virtually impossible to differentiate from the genuine product and are at best illegal and at worst downright dangerous.

Cheap copies range from disposable items, to higher value products – such as handpieces, curing lights and even X-ray equipment, mostly made in China – they are widely counterfeited and sold through sites such as Ali Baba, Amazon and Ebay.

The fakes are growing in sophistication.

They appear to have CE marks, bar codes, serial numbers and holographic labels – all counterfeit.

The joint BDIA and MHRA venture will see hard-hitting advertisements regularly appearing in the dental press from November, backed up by a digital campaign and informative articles for the whole dental team.

‘I urge all dental professionals to be cautious of seemingly cheap devices that may be unfit for purpose and potentially dangerous to patients and the staff that use them.’

BDIA’s Edmund Proffitt, added: ‘Together the BDIA and MHRA can make a real difference educating dentists to the dangers of counterfeit devices, ensuring that they can buy with confidence and eradicating these dangerous and fake products from dentistry.’

All suspect devices should be reported to the appropriate authorities at the earliest opportunity.

All reporting can be done via the MHRA’s simple ‘Yellow Card’ system – www.yellowcard.mhra.gov.uk.