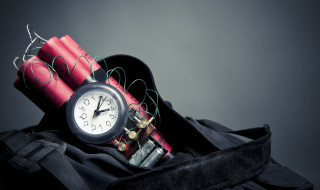 According to new analysis of the first six months of 2016, the number of prescriptions of type 2 diabetes medications was already up by more than 8% compared to the same period in 2015.

At the start of this year, 3.5 million UK adults were diagnosed with type 2 diabetes. If the trend continues, this will rocket to five million by 2020.

Michaela ONeill, president of the British Society of Dental Hygiene & Therapy, says these shocking figures should serve as a warning to the government who must now invest time, money and energy into raising awareness of the importance of dental hygiene.

She believes dental teams are well placed to halt this predicted hike in the figures. She said: ‘Oral health education is the cornerstone of preventative dentistry and can have a positive impact on not only the health of the British population’s teeth and gums, but on their overall health, too.

‘With a growing body of evidence illustrating links between oral health and other inflammatory diseases and beyond, now is the time for the government to take dentistry seriously.’

She added: ‘Regular dental examinations offer the opportunity for dental teams to detect early signs and predictors of systemic disease as well as dental disease and can also open up communication between clinician and patient about lifestyle risks, such as heavy alcohol use, smoking and poor nutrition.

‘By investing time, energy and money into educating the British public on the importance of regularly attending a dental examination – and by empowering them to do so – the government will ensure everyone has an equal chance to both understand and address any poor health choices.’

These latest figures are believed to be the most in-depth analysis ever carried out into type 2 diabetes medications prescribing in England.