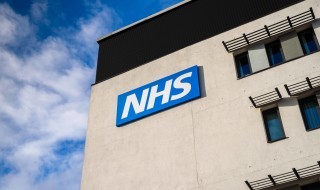 Dentists have reported a significant decline in the performance of key agencies, including NHS England, over the past year.

Many practitioners have now been left unable to attach performers to contracts, leading NHS England to offer two-month extensions for claims relating to new performers, along with it pledging to bring down the current backlog of applications.

Other key NHS agencies that have had a decline in their performance reported include:

‘Our members have reported a significant deterioration in the performance of key NHS agencies over recent months,’ BDA chair of General Dental Practice, Henrik Overgaard-Nielsen, said.

‘Hardworking dentists risk being left out of pocket through no fault of their own.

‘We’ve heard from associates who have lost out on job offers and been left unable to work as a result of delays getting performer numbers.

‘We’ve spoken to practice owners who’ve been denied payment for NHS treatment they’ve delivered – but have had to pay patient charge revenue over to the NHS, whether or not the patient paid them.

‘It’s time to remind these agencies that they have a responsibility to deliver a service that’s fit for purpose.

‘We want to hear from all our members working in NHS general practice across England and Wales who’ve experienced problems.

‘Together our voices cannot be ignored.’