Dentists’ income drops by 15.7% in the last five years 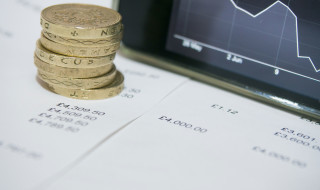 Dentists’ income drops by 15.7% in the last five years

That’s according to the latest official figures from NHS Digital, which outline dentists’ earnings and expenses for the 2014/15 financial year.

‘Governments across the UK are squeezing NHS dentistry until the pips squeak,’ Henrik Overgaard-Nielsen, the BDA’s chair of General Dental Practice said.

‘Every penny of investment this service receives comes from dentists’ own pockets, and this collapse in real incomes has a real impact on our ability to deliver the improvements in facilities, equipment, and training our patients deserve.

‘These savage cuts have long ceased to be a question of “pay restraint” or “efficiency savings”.

‘A wilful singling out of an entire sector of dedicated health professionals is irresponsible, unsustainable, and carries consequences for millions of NHS patients.

‘The government has taken £170 million of direct funding out of NHS dentistry in England since 2010, and there are no pledges of capital investment to sweeten this pill.

‘Our patients deserve better than a strategy that rests on them putting in more, while ministers pay less.’

‘The drop in income is unsurprising given that yearly increases in government funding is far below inflation,’ Neel Kothari, practice owner, said.

‘Whilst this affects us all, dental associates (that make up 82% of the workforce) continue to be hammered as the gap in income between associates and practice owners widen.

‘There are those in the profession who are content with allowing some dentists to carry out ridiculous numbers of UDAs (>10,000 single handed) but this results in less funding for everyone else and offers no support for the vast majority of dentists trying to work ethically.

‘Funding is part of the problem but even if it was increased I have no confidence that it would be passed on to frontline services.

‘The sad fact remains, those trying to work well are being penalised and there is no signs that we have yet hit rock bottom.’

Dentists in England and Wales spend 22.2% of their time on non-clinical work (administrative and management duties), according to the figures.

Self-employed primary care dentists reported working 36.9 hours per week, of which 26.1 hours were devoted to NHS dental services, with the remainder being taken up by private dentistry.

NHS Digital claims there is ‘little apparent increase (in the number of hours worked) when looking at the combined all dentist figures’.

‘The burden of regulation red-tape and administration is one of the main problems with general dental practice,’ a spokesperson for the BDA said.

‘Dentists are motivated by providing quality clinical care, that is what they are trained to do.’