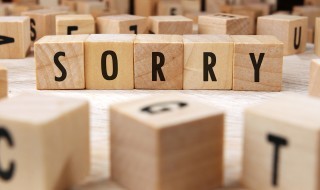 The British Society of Dental Hygiene and Therapy (BSDHT) has questioned the validity of the newly released General Dental Council (GDC) guidance on duty of candour, interpreting it as a challenge to dental care professionals’ (DCP) professionalism and is calling for the regulator to review the measures.

The new guidance, which the GDC has put into effect from today (1 July 2016), outlines how ‘every healthcare professional must be open and honest with patients when something goes wrong with their treatment or care which causes, or has the potential to cause, harm or distress.’

The guidance states that: ‘When a patient in your care suffers harm or distress because something goes wrong with their care you should apologise as soon as possible.’

The BSDHT believes that by being forced to apologise, potentially a legal admission of fault, positions the clinician in professional jeopardy. The guidance is unnecessary over regulation, with a number of their members seeing it as casting doubt over the integrity of the profession. Ultimately this will negatively impact on their ability to carry out their day-to-day duties and limits freedom to make decisions and employ common sense.

Michaela O’Neill, president of the BSDHT commented: ‘I am sure that the GDC has issued this guidance with good intentions but many DCPs will view it as an unnecessary “tick box” exercise. It would appear that the regulator has witnessed other governing bodies doing similar things and is following suit.

‘During the consultation process regarding these guidelines we raised a number of our concerns, which do not appear to have been taken into account. We outlined how we believe that the term “wrong” should not be used so prominently throughout. It would be more accurate to say “an unexpected or unintended consequence in the treatment of a patient”.

‘Something going “wrong” connotes personal blame, especially if the clinician is forced to apologise. To a layperson such an apology has the risk of being interpreted as the clinician having been at fault or negligent. In the majority of cases concerned, negative outcomes are unexpected or unintended and DCPs have to be given the professional courtesy of having an opportunity to rectify them. This guidance entirely fails to take this into account.

‘BSDHT recommends that a legal opinion should be sought on the inferences that can be drawn from the term “something going wrong” so that the duty of candour does not carry any potential legal inference where the DCP is to blame for a consequence that may have been unforeseen.

‘We also believe that there is ambiguity around the “when” and “how” to apologise and it needs to be explained in more detail. If the clinician has made a mistake, then there is a need to be responsible but if there is an unexpected consequence then the clinician can sympathise but should not be forced to accept responsibility.

‘Making these amends does not prevent the clinician from doing all they can to help the patient, but as it stands the GDC are tying DCPs in knots and impeding their ability to use common sense and carry out their duties.

‘Ultimately, we are unsure of the overall intent of this guidance. As the document itself highlights, the GDC’s Standards for the Dental Team already outlines how DCPs must interact with patients. This could be read as over regulation that challenges our professionalism, suggesting that some DCPs are dishonest and do not uphold these standards.

‘DCPs undertake undertake years of training to enter their chosen profession. Our members are caring and want to help their patients to the best of our ability. To suggest otherwise is unfair and could lead to many professionals becoming disheartened about their chosen careers.

‘We call upon the GDC to take another look at what they are trying to achieve through this guidance and to take it back to the drawing board with a thorough consultation period to see what is best to enable the profession to maintain their excellent standards.’

In response to BSDHT, Ian Brack, chief executive of the GDC, said: ‘The duty of candour was a recommendation for all health regulators following the landmark report published by Robert Francis in 2013 as a way of making healthcare more open and transparent when things go wrong.

‘We worked closely with defence bodies and other organisations on this important guidance, which has been embraced by other parts of the NHS and it now needs to be embraced by the dental profession as good practice.

‘From time to time, things will go wrong. This isn’t about adding a further level of bureaucracy or penalising individuals, but simply allowing patients to receive an explanation, and if appropriate, an apology.

‘This guidance is also about reassuring dental professionals that an apology is not an admission of guilt and will not be regarded as such.’