Dentistry 16: Stars of Dentistry – an event like no other 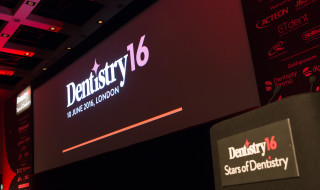 Dentistry 16: Stars of Dentistry – an event like no other

It was billed as an event like no other and Dentistry 16: Stars of Dentistry met the challenge in style.

Welcoming more than 600 people through the doors of the Novotel London West, the event was arguably the best one-day dental symposium ever to be hosted in the UK – if not Europe.

With 19 leading clinicians from across the world, Stars of Dentistry delivered on every aspect of its promise to usher in a new breed of dental symposia, leaving the audience educated, inspired and entertained.

From UK leading lights, such as Chris Orr and Jonathan Lack, to its international roster of leading speakers, the phrase ‘stars’ could not have been more appropriate.

Dentists were inspired and challenged alike as topics as far-ranging as peri-implantitis to dento-legal issues were presented.

The day was ably backed by a sold-out exhibition, with more than 60 of the leading dental companies in the UK on hand to show delegates where the path of innovation is leading clinical dentistry.

The sense of personal touches on a large scale was perhaps summed up most neatly by the personalised business cards that were given to every attendee, allowing delegates to leave their details with exhibitors quickly, easily, and with a minimum of fuss.

Indeed, support from the event’s dental partners was writ large throughout every part of the day, with particular gratitude going to diamond sponsor Belmont.

Acteon UK’s sponsorship of the Champagne reception that ran late into the evening was a particular high point for many delegates!

No expense was spared in delivering a truly quality event, though between the five-star catering, Champagne reception and attention to detail, it was almost easy to forget the serious reason for the event.

Attendees received eight hours of verifiable CPD on the day itself, with a further nine hours available at no extra cost from the brochure itself.

Back by popular demand

Buoyed by the success of the inaugural event, FMC is delighted to announce that the Stars brand will be returning by popular demand next year – with a number of high-calibre speakers already signed up.

Names confirmed include Gerard Chiche, Newton Fahl, Walter Devoto, Hien Ngo, Tim Donley, Gary Zelesky and Nasser Barghi – a roster that will only get better as time goes on.

Furthermore, Belmont will return as diamond sponsor while J&S Davis will join as platinum sponsor.

Timings are confirmed, too.

Dentistry 17: International Stars of Dentistry will be held on 23 June, so save the date!