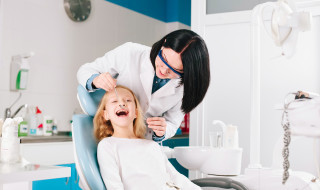 The British Society of Paediatric Dentistry (BSPD) is supporting a call by the British Dental Association (BDA) for tooth decay in children to be tackled with a national programme of prevention.

Timed to  coincide with the Local Dental Committee conference in Manchester today, the BDA has issued a press release that reveals that more than 179,000 teeth were extracted from children aged nine and under in dental practices between 2014-15.

This figure, obtained as part of a freedom of information request to the NHS Business Services Authority, complements the annual figure released by HSCIC (the Health and Social Care Information Centre), which shows that 33,781 children aged 10 and under in England had multiple teeth extracted under general anaesthetic in hospital in 2014-15.

Claire Stevens, spokeswoman for the BSPD, said: ‘This new figure reflecting dental extractions in primary care reinforces the vital work of dentists in treating young children suffering from dental decay. We support the call for more money to be invested in prevention. With excellent programmes of prevention in Scotland and Wales, we don’t have to look too far to find potential templates for an English scheme.

‘We sense that the new chief dental officer Sara Hurley will be taking the lead in turning the tide in England and we look forward to working with her and with members of the British Dental Association to improve children’s oral health across the board.

‘Our key message to parents and all health practitioners working with parents of young children is to get a dental check by one. There must be access to a dentist for all children wherever they live for this universal aim to be achievable.’

Claire concluded: ‘Like the BDA, the BSPD is concerned about the health inequalities in England and that it’s the most disadvantaged in society who are dentally disadvantaged from a young age.’