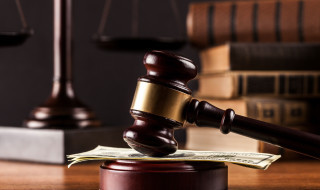 The number of claims exceeding £100,000 in compensation and legal costs against dentists has quadrupled, according to the DDU.

Over the last decade, the DDU claims it has paid almost £5 million in compensation claims that exceeded £100,000, with the highest amount of £120,000 going to a patient for failure to diagnose and treat periodontal disease leading to tooth loss.

‘We are seeing disturbing rises in the cost of clinical negligence claims and a surge of claims exceeding £100,000 against our dental members,’ John Makin, head of the DDU, said.

‘These payments are no reflection on clinical standards, which remain high, but rather a result of a combination of rising patient expectations and the availability of “no win no fee” arrangements for clinical negligence claims.

‘It is telling that over the last three years, we have paid out more in claimant’s solicitors’ legal costs than in compensation to patients.

‘There have already been legal reforms to make the fees claimant’s lawyers charge in personal injury cases more proportionate to the damages received by the patient and further proposals to cap fees have been announced.

‘Nonetheless, the combination of the increases in the size and number of compensation claims is leading to a toxic mix, in which indemnity is becoming more expensive for individual dental professionals.’

The DDU lists common allegations made by patients in 2015 as implants or cosmetic treatments that were unsatisfactory, excessive, or where the appearance was not as expected.

Other allegations were about the diagnosis or treatment of periodontal disease.