What do the latest dentists’ earnings figures really show? 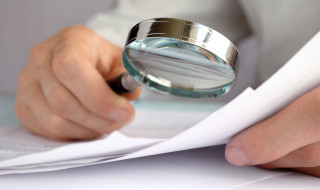 What do the latest dentists’ earnings figures really show?

Before Easter, the National Association of Specialist Dental Accountants and Lawyers (NASDAL) published its statistics for dentists’ earnings in the tax year 2014/15.

Returns for that year, for the self-employed, had to be with the revenue authorities by 31 January this year, so as a historical record they are a year out of date.

They cannot show the situation at the tax year which ends in a few days and we will have to wait another year before we discover how dentists are doing today.

However, some trends are apparent especially in private practice.

In the years following the global economic crash, private patients became more reluctant to spend and average net income for their dentists, over a few years, dropped below those of colleagues working in the NHS.

In 2014 private inched above NHS, but 2015 saw the gap between the two widen considerably, according to NASDAL.

Private practices last year saw an increase in fee income of over 8%.

This compares with NHS practices, which have been relatively static, bound as they are by the meagre offering of contract value increases offered by the government.

As the economy recovers, so one would expect patients’ disposable income to rise, with a greater willingness to spend on their oral health.

It is perhaps interesting to note that the government recognises this trend, in raising patients’ NHS charges by 5% this year and another 5% next.

At the same time they hold increases in contract values down to 1% per annum at most, helping them balance the NHS’s shaky books.

The dentist, as an unpaid tax collector, has to explain this to their patients, although they can quite legitimately ‘blame the government’.

The contrast between patients’ charges in England and Scotland is stark.

Have a crown made in Scotland and the charge will be around £80; have the same treatment in England and it counts as a band three UDA costing the patient £233.70 from 1 April, and £244.30 a year later.

I am really surprised that no English MP has raised this in the House.

Elsewhere the NASDAL figures show little change in the NHS.

Although ‘all types of practice have seen a sustained recovery in profitability’.

Surprising to me was the finding that ‘costs seem to be static across all practices.’

But for associates, who comprise over 80% of GDPs, the statistics are grim.

Their profits have been ‘flat-lining’ for over a decade now, with average profits in 2015 of £68,024, almost identical to that of the previous year.

With their net incomes being around half of that of contract holders, for essentially doing the same job, it is not surprising that so many of them aspire to practice ownership.

Paul Mendlesohn, whose funeral took place last week, was a dentist and entrepreneur who founded the Whitecross chain, revolutionising high…