CPD funding in Northern Ireland could increase by 4.4% 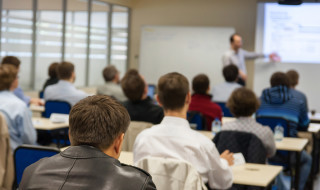 CPD funding in Northern Ireland could increase by 4.4%

Community dentists in Northern Ireland could have £750 made available to them for continuous professional development.

This comes after an agreement from the Department of Health, Social Services and Public Safety (DHSSPSNI) agreed to increase the educational fund by 4.4% bringing it in line with England and Wales.

The deal comes after the DHSSPSNI campaigned for almost seven years to increase the educational grant and the British Dental Association for Northern Ireland has recommended its members accept the deal.

‘Our negotiating team succeeded in securing a proposed settlement which, if accepted by members, will be backdated to April 2015.

‘This goes some way towards acknowledging the significant delays with the process to date.

‘The introduction of a £750 allowance recognises the importance of ongoing training and development for community dentists and would bring us into line with our colleagues in England and Wales.

‘I believe this proposal represents a good outcome for community dentists in Northern Ireland and, on behalf of the Salaried Dental Committee, I would recommend acceptance of this offer.’

Chasing dreams – our experience at the Dentistry Awards 2020