Will the Government implement a sugar tax? 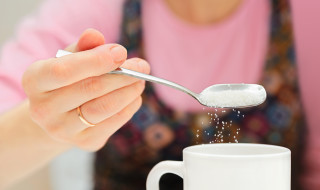 Will the Government implement a sugar tax?

Now that David Cameron has finished his negotiation across Europe and last week in Brussels, he will have to give his attention to sugar, childhood obesity and dental decay.

For the many weeks past, the stock answer from Ministers, when asked what the Government intends to do about excess consumption of sugar, has been to say ‘wait until we publish our obesity strategy’.

If this doesn’t contain some proposals for a ‘sugar tax’, Jamie Oliver has threatened to ‘go ninja’, whatever that means.

A week ago, before the media starting obsessing over Europe, The Sunday Times reported that the Government had ruled out proposals for a sugar tax.

It said that Cameron is set to give the food industry another chance to ‘develop healthier products of its own accord,’ when he unveils his obesity strategy towards the end of this month.

This will not impress Action on Sugar, which last week revealed the ‘shocking amount of sugar’ found in many hot flavoured drinks.

With an estimated 1.7 billion cups of coffee sold each year in the UK from over 18,000 outlets and one in five of the population visiting a coffee shop daily, the campaign group warned of the ‘dangerously high sugar content’ of certain hot beverages.

Action on Sugar says Cameron has promised a robust and evidence-based plan for the UK to prevent childhood obesity and type 2 diabetes.

To do this they say he must set up an independent agency for nutrition not controlled by the food industry, which would be responsible for reformulating with a 50% reduction in sugar and a 20% reduction in fat in all unhealthy drinks and foods within five years.

They have an unlikely ally in Mike Coupe the boss of the supermarket Sainsbury’s.

He said that retailers should be forced to reduce the sugar content of their foods and shrink portion sizes to tackle ‘alarming’ levels of obesity.

Finally last week the Local Government Association (LGA), which represents more than 370 councils, who now have responsibility for public health, said that companies should put child-friendly labels on the front of their products spelling out the sugar content in teaspoons, in a bid to beat tooth decay and child obesity.

Things are certainly moving and a lot is expected of the Government’s strategy when it comes out possibly in a week or so.

However, although childhood obesity and dental caries can both be addressed by a reduction on sugar intake, that is not enough for our children’s teeth.

As a profession we need to get out into the community and spread the message to the most vulnerable that they need to reduce the frequency of taking sugar and use their toothbrushes.

We cannot rely on the Government, manufacturers and retailers to do the job; the whole dental team needs to be involved in spreading the message.

18hr
|
Oral Health
Dentistry Online uses cookies to give the best experience. If you continue to use our site, we will assume that you agree to the use of such cookies. Read More.
Accept