FGDP(UK) says levels of sugar in hot drinks is ‘shocking’ 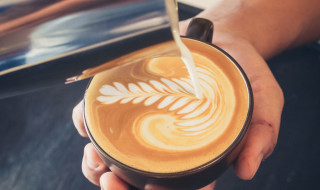 FGDP(UK) says levels of sugar in hot drinks is ‘shocking’

The FGDP(UK) says the ‘shocking’ amount of sugar in some hot drinks is evidence of the need for bold action.

A survey of 131 popular coffee shop drinks found that a third of those surveyed contained as much sugar as a can of fizzy drink, almost 100g or 25 teaspoons, which is more than an adult’s recommended daily allowance of sugar.

The Faculty of General Dental Practice (UK) (FGDP(UK)) believes this is evidence of the need for bold action on reducing the nation’s sugar consumption, including a tax on sugary drinks.

‘These days most of us may be aware of the unhealthy amount of sugar in a can of pop, but may not realise that hot drinks bought on the high street often contain just as much, and that’s before we add any ourselves.

‘That some contain as much sugar as an entire packet of chocolate biscuits is shocking – that’s more than three times an adult’s recommended daily allowance of sugar, in a single drink!

‘People need to be empowered to make more informed choices, and incentivised to make healthy ones.

‘These kind of products should be better labelled to clearly indicate the amount of sugar they contain.

‘A tax on sugary drinks would also help by shifting consumption towards healthier alternatives, not only via the price itself but in the health message differential pricing would send.

‘A tax should be backed up by stronger restrictions on advertising and price promotions, and could pay for badly-needed health education initiatives.

‘The Government’s position on a sugar tax seems unclear, but we will soon find out how serious it is about improving the nation’s health.’