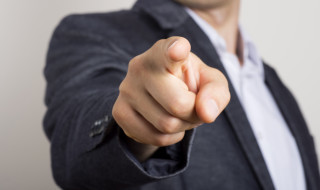 The GDC has received a damning report from the PSA over unacceptable organisational and personal failings at the organisation.

The Professional Standards Authority (PSA) released the report into General Dental Council (GDC) whistleblowing revealing failings at the top of the organisation, singling out Bill Moyes, chair of the GDC, for failures and ‘inappropriate’ decisions including:

‘The BDA has consistently argued that the GDC is out of control and unaccountable, once again, we can see why,’ British Dental Association (BDA) chair, Mick Armstrong said.

‘The chair doesn’t understand dentistry and has failed to grasp that a fundamental prerequisite for good regulation is accountability and transparency.

‘As this report shows, he has a disregard for his peers and is not open to scrutiny by the council.

‘This is a disservice to both the profession and the public.

‘He appears to lack any understanding of the significance of what has gone on and has, instead, sought to put up an organisational smokescreen.

‘These behaviours are consistent with those we have seen previously and ones that we have already brought to the attention of government ministers.

‘This only further reinforces the grave concerns and the massive loss of confidence the profession has in this hugely overpriced and underachieving regulator.

‘We’re grateful to the Professional Standards Authority for the additional learning it has provided through this investigation and report, building on our own work since the issues first came to light in 2013,’ chair William Moyes and chief executive and registrar, Evlynne Gilvarry, said jointly on behalf of the GDC.

‘We are continuing to apply ourselves in full to the lessons contained in the report’s recommendations and other findings.

‘We will be publishing our full response in the New Year.’