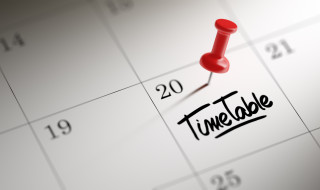 The Government has renewed its commitment to reforming health and social care regulation, with no specific timetables being made.

Parliamentary Under-Secretary of State Ben Gummer MP explained that the Government recognises the ‘need for immediate reform in this area’, this comes after the draft bill Regulation of Health and Social Care Professionals was published in April 2014.

‘It’s good to see warm words on regulatory reform, but what we really need is a timetable,’ BDA chair, Mick Armstrong said.

‘Over one million regulated healthcare professionals remain saddled with antique laws that are unfit for purpose.

‘That’s not a controversial view, it’s the shared position across healthcare.

‘Dentists in particular are burdened by an expensive and ineffective regulator badly in need of reform.

‘We’re pleased the Government is on the same page, and welcome the commitment to build on the PSA’s work.

‘Rethinking Regulation got it absolutely right in saying that regulators need to focus on the fundamentals of regulation.

‘Ministers must appreciate that every day the current failed framework remains in place hurts patients and practitioners.’