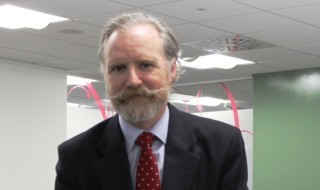 Ian Brack has been appointed as interim chief executive and registrar of the General Dental Council (GDC).

‘I am delighted to welcome Ian to the team and I am very confident he will make a telling contribution to the work of the GDC,’ chairman of the GDC, Dr William Moyes, said.

‘Having been at the Office for Legal Complaints and the Olympic Lottery Distributor, he is used to leading complex organisations.

‘Ian brings with him a wealth of experience as well as a commitment to making sure we continue to put patient and public protection at the heart of what we do.

‘While I welcome Ian’s appointment, I would like to pay tribute to Evlynne Gilvarry for her immense commitment and leadership during the past five years.

‘She has driven forward some very significant and necessary improvements – not an easy thing to achieve during periods of change – which will benefit the organisation for years to come.’

Ian was most recently interim chief executive at the Office for Legal Complaints.

He also led the Olympic Lottery Distributor where he oversaw substantial grant expenditure, including the multi-million pound grant for the Paralympics.