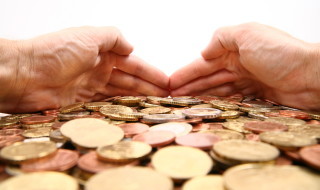 The GDC has been accused of ‘hoarding reserves’ by the BDA after launching its consultation on the ARF for 2016.

The British Dental Association (BDA) went on to say the General Dental Council (GDC) should set the annual retention fee (ARF) for dentists to no more than £500 for 2016/17.

Currently the ARF is set at £890, the highest rate paid by any comparable UK health profession and set at this rate for 2015 after the BDA took the GDC to court for a judicial review, and after launching its consultation on next year’s ARF the GDC suggested that it should stay at the same level.

‘After defeat in the High Court we had hoped the GDC might actually have learned its lesson on transparency,’ Mick Armstrong, chair of the BDA, said.

‘Sadly the regulator has served up another fees consultation with a familiar line in disinformation and predetermined results.

‘The regulator is continuing to overstep its remit, and is still expecting registrants to pay for that excess.

‘So we have set out to identify straightforward and immediate savings that ensure that the GDC can deliver on its core functions.

‘Our regulator has not offered any clear justification for maintaining gargantuan reserves at our expense.

‘Keeping £10 million of fees set aside for the rainy day its own models suggests will never come isn’t “prudence” or “best practice”, it’s simple hoarding.

‘The GDC could now ensure both fair fees and its own financial security through a realistic policy.

‘Setting the annual retention fee at no more than £500 for 2016 would send the clearest possible signal that the GDC is finally prepared to live within its means and focus on its day job.

‘It’s time to dispense with the war chests and the empire building, and get regulation right.’