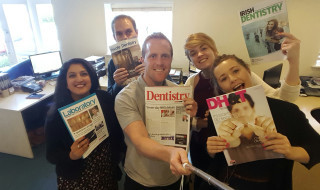 Denplan has announced it will be running a high-profile national TV advertising campaign throughout October.

The first airing of the TV ad will be during the Scotland versus Samoa Rugby World Cup match on Saturday 10 October, and will continue for three weeks on channels including ITV, Channel 4, Sky and Channel 5.

The ad will call on viewers to get involved and take a ‘selfie’ to post on social media using the hashtag #doitforyourselfie.

‘The ad has moved away from the typical clinical or educational advertisements that could be for any number of dental products,’ Richard Ward, head of marketing at Denplan, said.

‘Instead, viewers will see a memorable, impactful ad using humour to engage them.

‘The ad plays on todays’ selfie-obsessed culture by using humour to dramatise what happens when people lack confidence about their teeth whilst taking a selfie.

Denplan is hoping the ad will boost its brand recognition and help Denplan member practices stand out in the competitive market.

Denplan recently conducted some selfie research, revealing that adults online take 5.6 million selfies in an average day, which equates to 2 billion per year.

Three quarters (74%) of adults have worried about how their teeth look in photographs and a third of adults (33%) have smiled but purposely not shown their teeth due to being embarrassed by them.

‘We want everyone to feel proud of their smile, so the TV ad highlights the importance of preventive care and encourages patients to seek advice from a Denplan dentist,’ Richard Ward continued.

‘We’ve also produced a lot of supporting collateral for our member dentists and their practices to use, to support this nationwide campaign so that it becomes a real talking point with both their new and existing patients.

‘All practices have been sent a #doitforyourselfie pack, which contains a range of marketing tools to help practices make the most of the campaign, including some eye catching background posters and a selfie stick so that practice teams can encourage patients to take a “post check-up selfie” and enter the #doitforyourselfie competition.’