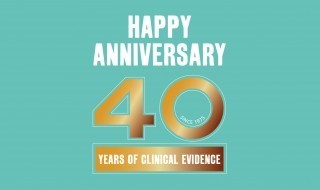 GSK, manufacturer of Corsodyl mouthwash, is celebrating the anniversary of the first clinical evidence for dental application of the chlorhexidine digluconate formulation.

Corsodyl can be recommended for a range of dental treatment needs including:

According to GSK, this is why Corsodyl remains the most recommended medicated mouthwash by dental experts in the UK. Corsodyl mouthwash has a proven heritage in treating gum problems.

Chlorhexidine digluconate is a double positive charged molecule enabling it to bind to negatively charged surfaces including teeth, mucous membranes and bacteria.

Around the clock protection

Once on the surface, chlorhexidine repels bacteria by creating a protective shield over the teeth and gums. This substantivity means chlorhexidine is available for up to 12 hours post-rinsing for around the clock protection against bacteria.

We follow the progress of Jackie Whiteley’s project to improve oral health in care homes after a recent roundtable discussion.…