The Friends and Family Test has received 10 million responses 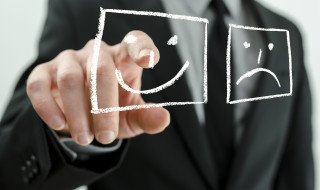 The Friends and Family Test has received 10 million responses

The Friends and Family Test (FFT) has received its 10 millionth response today, according to the NHS.

The FFT was first announced by the Prime Minister in January 2012, before being rolled out across the whole of the NHS, including dentistry on 1 April 2015, and its aim was to collect patient opinion on any health service they’ve received, giving staff the opportunity to react and make any necessary future changes to their service.

‘The Friends and Family Test has extended across the NHS over the past two years,’ Tim Kelsey, NHS England’s national director for patients and information, said.

‘It has become a key tool for providing healthcare providers and commissioners with real time feedback that helps them to hear their patients’ views and react quickly.

‘The huge number of responses from patients shows that many people value the opportunity to have their say.

‘It is helping to improve transparency in the NHS but also to drive real improvements in local services.

‘Given the overwhelmingly positive scores that have been recorded, it is a huge vote of confidence and appreciation for the hardworking staff of the NHS across England.’

Dental practices consistently had 97% of patients saying they would recommend their dental practice and only 1% would not.

The NHS has claimed that although the FFT was designed to help identify areas where improvements could be made, most of the feedback had been positive across healthcare organisations, with many reporting a boost to staff morale and creating many opportunities for appreciation of individual staff.

‘These figures on patient feedback confirm what we know already from so many other sources that patients rate their NHS dental care highly,’ said Henrik Overgaard-Nielsen, chair of the British Dental Association’s General Dental Practice Committee.

‘Dentists should feel proud that 97% of those responding would recommend their NHS dentist, a figure higher than for any other sector of the health service.’