Next month’s BADT conference is in Birmingham 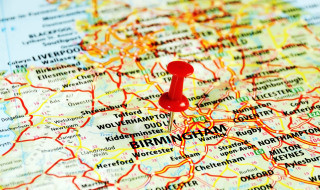 Next month’s BADT conference is in Birmingham

Birmingham plays host to the British Association of Dental Therapists (BADT) conference this year on Friday 25-Saturday 26 September and all eyes will be on the future role of the dental therapist.

Taking place at Aston Conference Centre in the centre of the city, ‘your future, your hands’ is a two-day event that promises a look ahead to the future of dental therapy.

Former Chief Dental Officer for England, Barry Cockcroft, who it was announced earlier this month has joined the board of the IDH Group as a non-executive director, will discuss the part DCPs should play in improving oral health and services in the future.

The future role of the dental therapist

The ‘future’ theme is further explored in a lecture on the dangers of posting on social media sites such as Twitter and Facebook, and looks at the time bomb of perio-implantitis, smile design and a minimally invasive approach to dental therapy.

Among the speakers are Colgate’s Anousheh Alavi, Amit Patel, Nik Sethi, Leigh Hunter and the team from social networking site, Dev and Amit Patel. For this year’s conference, Friday will be dedicated to a day of lectures, followed by a series of hands-on workshops throughout the Saturday.

On registration, delegates will be able to select a workshop of their choice on a first come, first served basis. A sumptuous presidential dinner takes place on Friday evening in a private dining room at the Aston Conference Centre. Tickets are available online.

The conference offers verifiable CPD. To book or for further information, visit www.badt.org.uk.