Doctors and dentists join voices in calling for a sugar tax 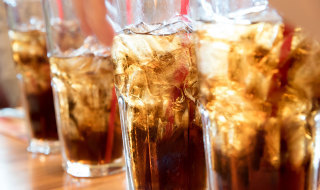 Doctors and dentists join voices in calling for a sugar tax

The BMA has suggested a 20% sugar tax on drinks high in sugar in order to tackle obesity.

The calls have come after the British Medical Association (BMA) found that obesity was causing around 70,000 premature deaths in the UK every year, and with the growing concern over the condition of children’s teeth.

The British Dental Association (BDA) has also thrown its weight behind the calls for a 20% levy on sugary drinks.

‘Health professionals are speaking with one voice,’ Mick Armstrong, chair of the BDA, said.

‘It’s time for a real coordinated effort to wean Britain off its addiction to sugar.

‘That means discouraging consumption and giving manufacturers a real reason to cut the dose.’

The Food and Drink Federation doesn’t believe the sugar tax would change habits.

However, the BMA says in its Food for thought report that the sugar tax introduced in Mexico showed a cut in consumption of sugary drinks.

‘We share the BMA’s concerns about the health of young people in the UK,’ Ian Wright, director-general of the Food and Drink Federation, said.

‘Where additional taxes have been introduced they’ve not proven effective at driving long-term, lasting change to diets.

‘In recent years, calories in household foods and drinks have been gradually lowered through recipe reformulations, including sugar reductions, and changes to portion sizes.’