Tesco’s plans for less sugar in drinks ‘a positive step’ 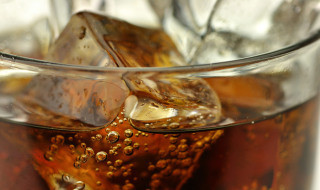 Tesco’s plans for less sugar in drinks ‘a positive step’

Tesco has outlined plans to remove added sugar from its own-label children’s drinks and cut sugar levels across all of its own-label fizzy drinks.

The Faculty of General Dental Practice (UK) has welcomed a progressive reduction in the sugar content of food and drinks, believing it represents the most effective way to help tackle obesity and dental caries in children and young adults.

‘This is a positive step by a major food supplier in efforts to deal with the growing problem of obesity and dental caries in the UK population,’ Dr Paul Batchelor, vice dean elect of the FGDP(UK) and an adviser in dental public health, said.

‘Tooth decay remains a significant health concern in the UK and it is imperative that we work to achieve consensus on dietary sugar reduction.

‘The plans announced by Tesco today, together with similar initiatives from other supermarkets, mark a step towards helping to reduce morbidity and the burden of disease in the UK.

‘We encourage all producers to act together in bringing about the urgent changes needed in the formulation of food and drink, and we would expect to see further initiatives after the SACN publishes its final recommendations later this year.’

The FGDP(UK) has supported Action on Sugar’s campaign to reduce sugar levels in the UK to less than 5% of total energy intake.

This echoes advice given to the English Government by the Scientific Advisory Committee on Nutrition (SACN) in its June 2014 draft report on carbohydrates and health.