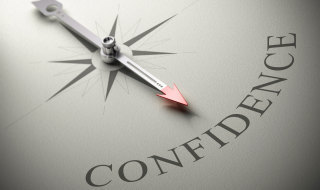 Following the release of the NHS Confidence Monitor – an independent survey commissioned by Practice Plan to monitor the profession’s confidence levels in NHS dentistry – a group of key opinion leaders met to explore the results in greater depth.

The NHS Contract Confidence Monitor was conducted to gain insight into the confidence levels in NHS dentistry.

The survey discovered that 39% of the respondents asked are less confident about their career prospects within NHS dentistry over the next 12 months than they were a year ago.

In addition, almost half of dental professionals (NHS performers, providers and business owners) working within the NHS (44%) are less confident that practising dentistry within the NHS will offer the right balance of treatment versus prevention over the next 12 months than they were a year ago.

Also worthy of note is that smaller practices appear to have concerns about their future financial success within NHS dentistry. The study reports that 65% of practices consisting of up to three dentists are losing confidence that practising dentistry within the NHS will offer an appropriate level of remuneration over the next 12 months – which is considerably higher than the percentage of respondents across all practice sizes (54%), who felt the same.

The survey also revealed that 43% of respondents feel as confident, 39% less confident and 18% more confident that the dental team will be able to work effectively within the NHS framework over the next 12 months, compared to the previous 12 months.

Looking to patient welfare, 61% of respondents were as confident that patients will be happy with the outcome of attending an NHS dental practice over the next 12 months as they were in the previous 12 months.

Overseeing this unprecedented event was Les Jones, marketing director of Practice Plan. He kicked off the day’s agenda by sharing with the panel – comprising Michael Watson, Andrew Lockhart-Mirams, Eddie Crouch, Tony Jacobs, David Houston and Sarah Franks – the aims of the event, which were:

• To present the results of the NHS Confidence Monitor

• To look at the future of both NHS and private dentistry.

Survey result: 39% of respondents stated that they are less confident in their career prospects within NHS dentistry over the next 12 months, compared to the previous 12 months.

Responding to this, the panel expressed concern that such a significant percentage had lost confidence on this issue in light of the fact that in reality, unless a practice is chosen to be a prototype, nothing will change over the next 12 months.

Eddie Crouch commented: ‘It’s worrying, I think, to see so many people getting twitchy; I think that’s anticipatory. If it’s based on what’s been piloted, I would expect that confidence to drop once they know the detail of the prototype, and the outcomes of that with, potentially, the continuation of UDAs.’

Voicing agreement, David Houston said: ‘The fear stems from the pilot results, which have shown an impact on the care pathway. How many patients can you see? How many patients will you actually be able to treat, because a much larger amount of time has been allocated to each one for treatment. And how do you get remunerated for a treatment plan that may take over 18 months to render a patient dentally fit? Where does the cash flow come from because of that?’

Sarah Franks added to the discussion stating: ‘It’s my understanding that there’s a bigger shift towards graduates undertaking hospital training because they think the experience will bolster their careers. It’s all very anticipatory and there isn’t a lot to go by. It’s about doing what you think is a happy medium until you know what the status quo is. You are basically walking into the unknown and that knocks confidence.’

Survey result: 65% of practices consisting of up to three dentists are losing confidence that practising dentistry within the NHS will offer an appropriate level of remuneration over the next 12 months – which is considerably higher than the percentage of respondents across all practice sizes (54%), who felt the same.

The panel considered that it may be almost impossible to achieve 100% of an NHS’ contract value, because there are so many elements to potentially contribute to a reduction in income. The issue may be exacerbated by the need for a change in the team, as it may not be financially possible to employ associates to do a job a hygienist, therapist or other appropriately trained DCP could do for less money.

Eddie Crouch added: ‘I think most people looking at the models will think the gross amount of money coming into the practice through fees will reduce. What’s not certain is how the running costs will change and if that will keep the income of those involved in the practice to a level where they would answer that question in a different way.’

David Houston then shared his own experiences of running a mixed practice, adding: ‘We need to make more money in the private sector or reduce our costs in providing NHS dentistry; we need that margin to reward our staff. I think many members of the profession would say that they have been subsidising NHS dentistry for years. I also think that if you are a two-surgery NHS practice in an area of deprivation, your future looks less rosy under this new model. Either you need to join with practices in a similar situation to get more protection and bargaining power with your local area team (LAT), or you get out now and sell that goodwill while it has a value for a body corporate.’

Right balance of treatment versus prevention within the NHS

Survey result: almost half of dental professionals working within the NHS are less confident that practising dentistry within the NHS will offer the right balance of treatment versus prevention over the next 12 months than they were a year ago.

The general consensus was that departmental monitoring of dental treatment was a significant issue, with expectations based on average statistical data more than ever before. It was considered that it is easy to look like an outlying performer even when you consider yourself to be ethical and in the business of delivering mainstream, quality dentistry.

Eddie Crouch stated: ‘I’m not interested in being told what to do as a result of stats rather than what’s best for an individual patient. A person can be a statistical outlier without doing anything wrong. I think being judged to be average is wrong. We should look at clinical need.’

Playing devil’s advocate, Michael Watson asked: ‘Shouldn’t people have to justify being out of step with the norm?’

To this, David Houston responded: ‘It is an intimidatory relationship. Dentists don’t mind justifying their actions but they’re afraid of being judged badly when actually acting ethically.’

Drawing on his experience of working within several healthcare sectors, Andrew Lockhart-Mirams added:  ‘If you look at the timing of regulations, GPs often get there before GDPs. Look at the massive increase in outliers in prescribing; we’re getting absurd outcomes where almost everyone is an outlier. It is going to become more prevalent and depressing for professionals looking to perform for patients rather than the NHS.’

Survey result: 43% of respondents feel as confident, 39% less confident and 18% more confident that the dental team will be able to work effectively within the NHS framework over the next 12 months, compared to the previous 12 months.

The group mooted that results depended very much on the skill mix in individual practices.

Michael Watson considered that for large and small practices, a team means something different, as the smaller the practice, the fewer people performing tasks specific to their role.

Eddie Crouch mentioned that the pilot practices had to change their team mix, swapping associates for therapists and so on. He said: ‘You need an appropriately skilled person doing the right job, so teams may look different. For associates this will be a concern.’

Survey result: 61% of respondents are as confident that patients will be happy with the outcome of attending an NHS dental practice over the next 12 months as they were in the previous 12 months.

The panel stated that this figure was the result of clinicians knowing that the status quo will be maintained for at least the next 12 months, but longer-term it will be a very different story.

Concerns were raised that patients would lose continuity of care, seeing different clinicians depending upon their need. It was further suggested that this may result in the differentiator between choosing private or NHS dentistry, with dentists having to ask patients to see them privately if they want to maintain an established relationship, continuity of care and so on.

It was also thought that it will become harder to get an appointment, with 45-minute oral health assessments meaning fewer patients through the door.

Sounding a warning bell, Andrew Lockhart-Mirams said: ‘I think that a shift from loyalty would bring about an immediate collapse of goodwill. I think it is crucial to keep loyalty.’

Taking a more pragmatic stance, Sarah Franks commented: ‘Patients don’t like change. It’s about getting used to a new system.’

Tony Jacobs responded: ‘But it is a very personal service. Our regular patients don’t want to move away from that.’

The panel agreed that the future is uncertain, with David Houston commenting: ‘I think the future depends on government policy at the time and the budget available. Pilots have been dropped before because they were deemed unsuitable. Or we may start out with something that will change once it’s rolled out countrywide. If you want more control over your destiny, that’s not within the NHS.’

Eddie Crouch then suggested: ‘I think we’ll carry on with a commissioned service. There are many decision-makers who don’t see a problem with UDAs. So I think this may go on for a long time. There is, however, a huge potential for change.’

What seems clear is that even extremely well-informed experts in the field of dentistry are struggling to understand what the future holds, expressing a need for better communication from the Government and the NHS to ensure that clinicians are able to live up to their own expectations of delivering the best possible standard of care to their patients.

Practice Plan is a specialist provider of practice-branded patient membership plans in the UK. For further information on the NHS Confidence Monitor, please visit www.NHSDentistryInsights.co.uk.

How can dentistry better accommodate patients with disabilities?

Mervyn Druian discusses why it is important for dentists to cater for their patients with disabilities.  Why have you decided…