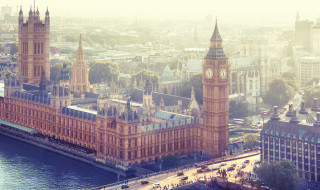 For those of us who follow the comings and goings of the ‘Westminster Village’, the making of a new (all Tory) government team merited some attention.

The early announcement that Jeremy Hunt was to be in charge again and with only one Lib Dem minister to be replaced it looked like ‘business as usual’.

The Lib Dem MP Norman Lamb’s replacement is Alistair Burt MP, who was appointed Minister of State for Community and Social Care.

Mr Burt, MP for north east Bedfordshire, is an old Westminster hand, although he hails from Bury in Greater Manchester and represented his home town from 1983-97.

He was a junior minister at the Department of Social Security in the John Major Government and was at the Foreign Office under the coalition.

In a surprise move Dr Poulter, MP for central Suffolk and north Ipswich, and a junior health minister in the coalition, chose to leave the Government to return to the backbenches.

He told a local paper that he will be increasing his part-time medical work.

He is replaced by Ben Gummer MP for Ipswich, whose main responsibilities will be secondary care, but also ‘patient experience’ including complaints.

Jane Ellison MP for Battersea remains Minister for Public Health and, as such, she is responsible for prevention and fluoridation.

Also returning is George Freeman MP for mid-Norfolk, the Minister for Life Sciences, a joint appointment with the Department for Business – part of his brief is to look after NHS IT.

At first we were told that Earl Howe would be staying at the department and continuing to oversee dentistry.

However, it emerged that he had been moved to defence and been replaced by David Prior, currently head of the Care Quality Commission (CQC), who will receive a peerage.

His job description is Minister for NHS Productivity, as such he will oversee the work of NHS England as well as being the department’s spokesman in the House of Lords.

The only minister whose responsibilities include dentistry is Alistair Burt, who will be responsible for primary care, including contract reform.

Two of the ministers, Ben Gummer and David Prior are sons of ministers from the Thatcher/Major era (John Gummer and Jim Prior).

And David Prior was himself the MP for north Norfolk, before being defeated by the previous Lib Dem health minister, Norman Lamb in 1997 – it’s a small world as they say.