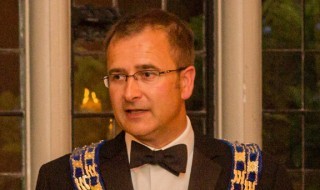 From 2001 to 2012 he was professor of restorative dentistry and dean and head of King College London’s internationally renowned dental institute.

He was also deputy vice principal of King’s College London from 2009 to 2012.

‘I thank the BDA for this accolade, and for the confidence and trust in me to serve as president of the association for 2015/16,’ said Professor Nairn Wilson.

‘In the challenging, ever-changing world in which the profession seeks to deliver the best possible oral healthcare, there are many issues and uncertainties.

‘However, whatever “time of need” may lie ahead for us, suitably resourced, professionally led prevention of oral and dental disease, along with a fully integrated approach to healthcare, will pay great dividends.’

In his inauguration address Professor Nairn Wilson highlighted the importance of co-ordinated healthcare with dentistry an integral part of whole-person care.

He said that he hoped for a move away from episodic towards preventative, continuous patient care with dentists and their teams rewarded for saving, rather than repairing, their patient’s teeth.

‘In accepting the office of president of the association, I dedicate myself to serve the association to the best of my ability,’ Professor Nairn Wilson continued.

‘I very much hope that, following my time in office, I will be judged to have been a worthy president and to have made a meaningful and lasting contribution to the further strengthening and development of our internationally renowned association – the professional body for dentistry in the UK.’