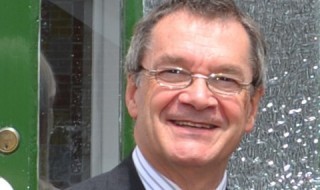 Barry Cockcroft believes dentists overestimate the public’s concern about receiving care from other members of the dental team.

After recently retiring as the chief dental officer (CDO) for England, Barry Cockcroft, has been interviewed by Fiona Sandom, president of the British Association of Dental Therapists (BADT), and Barry Cockcroft believes any reluctance by patients to receive treatment from a dental hygienist or dental therapist instead of a dentist would be ‘unusual’.

‘If you look at the changing health needs of the population now – compared to 20 years ago – and then look ahead another 20 years, it’s clear the pattern of disease has been changing,’ Mr Cockcroft said.

‘The majority of the population are going to have much simpler needs and I think this is bound to lead to dental care professionals (DCPs) having a greater role in the delivery of care – in both the NHS and private sectors.

‘There is also a growing cohort of older dentate people with potentially complex needs and a range of co-morbidities and it is probable that dentists will need to concentrate more on the needs of those patients.

‘I think dentists tend to overestimate the public concern about the use of DCPs.

‘It would certainly be unusual for a patient to feel reluctant to see a hygienist instead of a dentist for periodontal treatment.’

Fiona Sandom also asked Mr Cockcroft his thoughts on the need to further educate the public about the role of dental therapists.

She went on to ask about the legislative changes required to empower DCPs to play a greater part in the delivery of services, and the need for practices to implement a more skill mix-focused workforce.

‘If I was still in practice, I’d be looking to work in a team with a wide range of skills in order to offer as wide a range of services to our patients as possible,’ he said.

Barry Cockcroft retired from the role as CDO for England in February 2015.