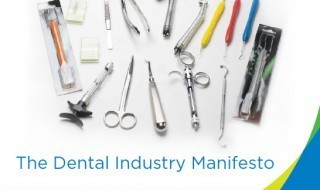 The BDIA has released its Dental Industry Manifesto, which sets out five key priorities for action for the next Government.

The manifesto urges the next Government to focus on five areas:

The BDIA (British Dental Industry Association) believes by acting in these areas a future Government can significantly reduce the burden on the NHS by improving the nation’s oral health, protect patients, whilst supporting dental professionals and the industry, foster innovation, encourage investment, improve the business environment and develop exports.

‘The industry believes that positive and focussed investment and support from the Government is vital to ensure the highest quality oral health outcomes for patients, and an efficient and sustainable future for the provision of dentistry in the UK,’ Tony Reed, BDIA executive director, said.

The BDIA also believes the manifesto will build on the industry’s initiative against counterfeit and non-compliant dental devices and instruments.

It will seek full Government funding for the Medical and Healthcare Products Regulatory Agency.

The manifesto has been circulated to key opinion formers in the political parties and Government departments, as well as ministers, MPs, senior civil servants and NHS England.