Thirty years and still only practising 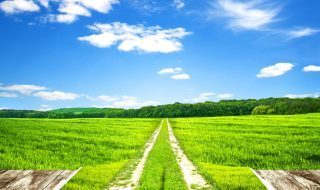 Thirty years and still only practising

Throughout my childhood all I ever wanted to do was become an airline pilot. Unfortunately my eyesight was never going to be good enough and ultimately I was persuaded by my form tutor to apply for university rather than take up my plan B, which was to leave school and go and get a job in a bank, arguably the first of many a bum choice.

I initially applied for dentistry or astrophysics, feeling either of these professions might fulfill the gadget junkie in me. But with his succinct advice my dad brought reality home to me by saying: ‘Become a dentist. You really think NASA needs an Indian boy from the London burbs?’

I could have been landing space probes on comets by now…

As for dental school and vocational training (VT), well I don’t really need to comment much on that as it’s a shared experience that we’re all familiar with. However, I do recall visiting the British Dental Association (BDA) conference as a VT in 1991 at a time of great upheaval within the profession as we debated the introduction of the then new contract.

I recall looking at it and wondering how I could deliver the quality and new skills I’d just learned within the newly proposed system. I stood up at the conference debate to declare to the assembled audience that we all graduate as ‘private’ dentists and that is our choice whether to accept an NHS contract.

Ah, the naivety of youth…

By the time the new contract began in April 1995, my boss and I had already made the decision to leave the system and, along with many others who had for themselves come to the same difficult conclusions, became ‘independent’ private practitioners. Together we set reasonable fees and kept our treatment plans simple, performing dentistry in much the same way as we always had but with new found freedoms.

A few years later my boss became my partner as I invested in the private business I had helped to create.

By the early 2000s things were quite settled at the practice but it was around this time that a colleague persuaded me to attend a one day seminar with a ‘big name’ American cosmetic dentist who was coming to present in London. I was told anyone who was anyone in private dentistry was going to his event.

That actually didn’t impress me much but the promise of a few beers and a home-made curry at his mums and I was sold. And so I caught my first glimpse of a standard of dentistry I had never even dreamed of, let alone been taught at dental school or VT. Was this what it meant to be a private dentist? Was this the direction I should be taking and the standard I should be delivering to my private patients? I was left asking myself some very tough questions about what I thought I knew.

In enquiring of the speaker how we would start to learn how to do the kind of dentistry he was showing us, we were advised to head west and to learn not only the principles of cosmetic dentistry but also how to marry that with stable function for long-term predictability, and that meant studying occlusion.

My friend and I agreed to build our knowledge together; he would go to The Pankey Institute to study functional dentistry, whilst I would learn American style cosmetic dentistry. Our plan; to dominate the dental world! Or at least a small corner of west London if we could get the planning permission.

And so I found myself part of a cadre of young dentists in the early 2000s also seeking knowledge of the mysteries of high-end aesthetic dentistry. Always the way, you plan world domination only to find there’s 50 other megalomaniacs with the same idea.

Our plan; to dominate the dental world! Or at least a small corner of west London if we could get the planning permission

The new trend in instant gratification cosmetic treatments was ‘Veneer-O-Dontics’ and many American gurus were cashing in on the new market of dentists hungry to learn how to do it. Along with lots of academies, study groups and societies of cosmetic or aesthetic dentistry were forming, there was a new wave in reality TV; the plastic surgery makeover shows… and I wanted to ride it! And I did.

I was invited to appear on the Extreme Makeover UK TV show, which I did for two years. However, it was during this time that I was rapidly realising the big holes in my knowledge as my dentistry was having to be ‘finished’ by my colleague who was already well into his occlusion training. I knew I needed to focus more on building stability from the design stage rather than at the end of the case if I was to produce the very best clinical outcomes for my patients, and so I began my journey through The Pankey Institute’s ‘continuum’.

It was at the institute, in my very first hour in fact, that I learned what has probably been the single most important lesson of my entire educational pathway: ‘You don’t yet know what you don’t yet know’ was whispered to us gently by my quiet, calm, lecturer, mentor and now dear friend, Dr Steve Ratcliff.

I left dental school believing I had all the knowledge I’d ever really need for general practice. I had finished vocational training believing I was even more awesome and knew how to tie in even more adjunctive therapies and be a key part of team NHS.

I had studied American style ‘Veneer-O-Dontics’, got myself a TV show and yet here was such a simple truth presented to me by a gentle and mild-mannered dentist who I realised immediately I had so much to learn from.

My mentors taught me what The Pankey Institute called ‘comprehensive dentistry’. It is a way of understanding how all of the dental disciplines interconnect. To use an astrophysics analogy it would be ‘the unified field theory’ of dentistry.

It was at the institute, in my very first hour in fact, that I learned what has probably been the single most important lesson of my entire educational pathway: ‘You don’t yet know what you don’t yet know’

I had never before been taught anything like it. I was seeing the mouth like I was in The Matrix, perceiving the processes of oral diseases and how they related to each other, seeing aetiology and diagnoses in instants and knowing how to counter them with improved function. How or why the shape or position of a restoration’s occlusal form might lead directly to bone loss and recession. Why moving a tooth orthodontically to a certain, more aesthetic position might cause breakdown or symptoms from the masticatory muscles or temporomandibular jaw joints. How adjusting one molar tooth might make the mobility of an incisor rapidly improve. It was during a hands-on exercise in full mouth anatomical splint design with another of my mentors, Dr Lee Ann Brady, that I had that ‘ah hah!’ moment of clarity, where all their teaching suddenly clicked into place and I could see.

The knowledge I gained at the institute allowed me to choose to become either an interdisciplinary or multidisciplinary dentist, depending on whether I wished to perform all of the ‘specialities’ myself or work within a team. I chose to expand my knowledge further and educate myself in all of the specialities. I was on a TV show where one would expect to see the very best that modern dentistry had to offer. I needed to improve my game to feel worthy of my position on the show. I decided to learn from the best in each field.

My journey took me around the world. Throughout Europe and the US and Brazil, learning all sorts including implantology, periodontology and grafting, as well as hypnotherapy, neuro-linguistic programming, communication and psychology.

By now I was mentoring regularly in Florida, Arizona and Europe, and was invited to present at conferences in far-flung locations. But in my dental practice, I had come full circle. In the very same room in which I started my career as an NHS VT, I’m still practising as a general dentist, only now with the benefit of several lifetimes learning, knowledge and expertise shared with caring mentors, colleagues and friends.

In the very same room in which I started my career as an NHS VT, I’m still practising as a general dentist, only now with the benefit of several lifetimes learning, knowledge and expertise shared with caring mentors, colleagues and friends.

A final reflection on my career, if you’ll allow. It was a rural NHS dentist, Dr Robin Varma who took me on as a VT. For 23 years he worked in a room not 10 feet from me. Through all I have experienced and learned it has been from Robin that I have learned, mostly subconsciously, the most about being a good dentist. Robin taught me more than the art of being a dentist, not just about running a business but truly caring for people; more than any dental school, dental book, dental course, or practice management or dental guru ever could. And I thank him for that. Robin did it all naturally. I’m still working on it.