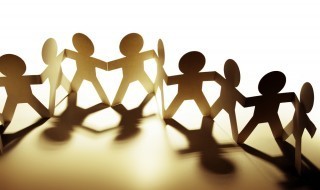 A young dentist who tried to take a stand against one patient’s unfair allegations needs the profession’s help after being hit with huge legal fees.

And his peers – a group set up by concerned dentists – are now calling for donations to help pay the £10,000 legal bill facing Dr Keith Watson after he tried to fight back against false claims made about his professional conduct.

Dr Watson was cleared of all wrongdoing at a fitness to practise hearing held by the General Dental Council (GDC). He subsequently pursued a £50,000 defamation case against patient Andrew McIntosh but was forced to abandon it when the case dragged on and costs spiralled.

The young dentist is understood to have pursued the defamation case in order to raise awareness of a patient who has pursued similar claims – which have all proven baseless – against other dentists in the past.

Dr Watson endured months of having his name and reputation publicly questioned in the press before being cleared by the GDC, which found the patient to be an ‘unreliable’ witness’.

But the decision to stand up for himself has cost the young dentist dearly.

Mr McIntosh was eligible for legal aid but turned his fees into private fees of more than £10,000 when Dr Watson dropped the case and became eligible to pay the defendant’s costs under Scottish law.

The profession has been swift to gather around Dr Watson and his cause. Several thousand pounds have already been raised to help him pay the bill but more support is still needed.

Donations can be made online via the link here, or going directly to https://www.gofundme.com/keithwatson/donate.