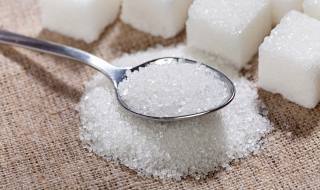 New research from Mintel has found that 46% of people in the UK have taken at least one course of action to monitor or reduce their sugar intake in the last year.

Over the last year, 27% of Brits said they have checked food labels for sugar content more often than they did 12 months previously.

Meanwhile, 26% said they have limited the amount of sugar in their diet and 25% that they have cooked from scratch to control sugar intake more often over the same period.

Emma Clifford, senior food and drink analyst at Mintel, said: ‘Consumers’ attention to sugar has undoubtedly been heightened by the high-profile sugar debate during 2014, which has acted to demonise this ingredient to a certain extent.

‘The fact that media coverage on sugar looks to have had a tangible impact on many consumers’ dietary habits is significant.

‘It indicates the importance for companies or products to avoid being “named and shamed” in the media for their high sugar content and the potential damage this could do.

‘It also suggests that being shown in a positive light in the media, for example for leading the way with reformulations using natural sweeteners, could help to boost positive perceptions and sales.’

A sizeable 43% of the population have noticed an increase in media coverage on ‘how sugar affects your health’, with these consumers (62%) notably more likely to have taken action to cut down on how much sugar they eat, highlighting a direct link between this and consumer behaviour.

Emma continued: ‘The dangers related to consuming too much sugar became the major food issue of 2014.

‘Consumers are expecting the food industry to respond, which shows that there are plenty of opportunities for companies to really make themselves stand out on this front.

‘However, companies have also got to be wary of a potential consumer backlash against reformulations, if taste is seen to be sacrificed.

‘Gradual changes to products to improve their health credentials look to be needed, or to offer “light” versions in addition to standard versions.’