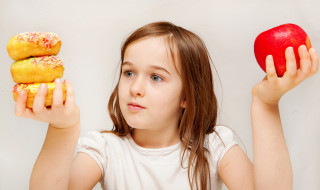 The British Dental Association (BDA) has announced its support for the British Society of Paediatric Dentistry’s (BSPD) call for a coordinated offensive to tackle both obesity and dental decay in children and young people under 16.

In a new position paper published recently, the BSPD advocates clearer food labelling, close liaison with dieticians, and a coordinated and multi-agency approach to the management of obesity and dental decay.

The BSPD has highlighted the strong links between obesity in young people, tooth decay in permanent teeth, and deprivation.

It also draws attention to the findings from the most recent (2013/14) National Child Measurement Programme, which shows that a third of 11-year-olds are overweight or obese.

The BSPD supports national healthy eating campaigns such as the Change4life Sugar swaps, and endorses the BDA’s Make a Meal of It campaign, which also calls for clearer food labelling, and a specific tax on sugary, carbonated drinks.

Professor Damien Walmsley, scientific adviser to the British Dental Association, said: ‘Given the alarming extent of obesity in young people and the profound implications it has for their health, as well as the long-term sustainability of NHS, it is easy to overlook the dental consequences of over-consumption of high-sugar foods and drinks.

‘The society’s contribution to this debate is therefore a welcome reminder of the inherent connection between childhood obesity and poor dental health, both of which are dietary-related and preventable.’