What is the GDC for? Michael Watson takes a closer look 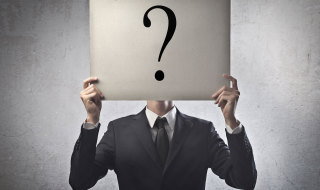 What is the GDC for? Michael Watson takes a closer look

My intention this week had been to steer clear of the General Dental Council (GDC), however Mr Moyes’s talk to the Parliamentary Group last week led me to reconsider.

Apart from refusing to answer any questions from the British Dental Association’s (BDA’s) Mick Armstrong, he made a number of contentious remarks that deserve some analysis.

According to the BDA’s report, published on Twitter, Moyes said that there was no common understanding of what regulation is for and what it is meant to achieve.

That’s a pretty breathtaking admission from the regulator himself, especially when he is intending to raid your bank account for more money.

I wonder what the judge will think of someone who wants more money, but is not sure what for, when he decides the BDA’s judicial review case on 15 December.

Mr Moyes raised his usual reasons for the fee hike, 110% increase in complaints, half his budget spent on fitness to practise hearings and the fact that 13% of dental professionals likely to have been subject to complaints.

But all this does beg the question, which he himself posed, what is the GDC for?

Is it there to protect patients by acting against ‘bad’ dentists?

Or is it a vast complaints bureau?

The two are not the same.

Judging by his responses to the questions he did answer, Mr Moyes would like to see an expansion of the Dental Complaints Service (DCS) to deal with NHS as well as private practice.

But is this right?

The DCS was set up because there wasn’t a complaints mechanism in private practice, unlike the NHS.

If something is wrong in an NHS dental practice, then it is up to the NHS or the CQC (Care Quality Commission) to sort it out, not the GDC.

Furthermore, it is the practice that should be held responsible not the individual dentist, but the GDC can only act against the latter.

This is like holding the check-out girl to account for selling lasagne made from horsemeat, not beef, rather than the supermarket itself.