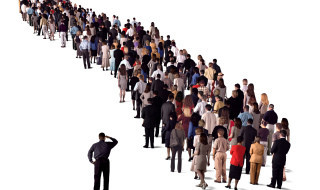 Therese Coffey carried out a ‘mystery shopper’ test with all dentists in Felixstowe, Suffolk, after constituents warned they were being told all the town’s practices had full books.

And the Conservative MP intervened with NHS England, which confirmed that demand for dentistry in the town was ‘in excess of the current commissioned activity’.

Andrew Reed, the area director for NHS England, also told Ms Coffey he had ordered an urgent review of the situation ‘in view of your letter’.

Mr Reed said there were four NHS dental contracts in Felixstowe, delivering a total of 51,735 units of dental activity annually.

The ‘local professional network’, which supports the area team with its commissioning plans, was now identifying how to plug the gaps.

Mr Reed wrote: ‘It is clearly of significant concern that local residents are not currently able to register with a local practice for NHS dental care.

‘The area team is working to review the current contracts, so that we can be assured that as many patients as possible are being given the opportunity to obtain NHS dentistry.

‘In view of your letter, I have asked that urgent consideration is given to the position in Felixstowe such that your constituents are able to access local NHS dental services.’

Frustrated patients were advised to ring the Patient Advice and Liaison Service (PALS) on (0800) 389 6819, for advice on where to be treated – including in emergencies.

Ms Coffey said the ‘mystery shopper’ exercise – ringing around all the dental practices in Felixstowe – had confirmed that books were full.

She said: ‘It was very useful that people came forward to tell me about this situation.

‘I am pleased by the response I received that urgent action is taking place to address this problem.’