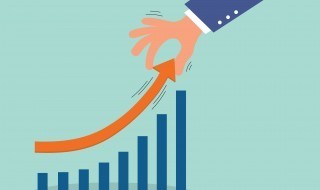 The British Dental Association (BDA) has accused the General Dental Council (GDC) of cynicism in its response to the legal challenge initiated by the BDA.

The GDC has argued that there is no need for urgency as it intends to start drawing fees from dentists during November and the judicial review, even if fast-tracked, will not be heard before the start of December.

The regulator says the timing of the argument about propriety is immaterial – proposing that the hearing can take place sometime in 2015.

In a robustly worded objection to this assertion, BDA lawyers have sought to impress upon the judge deciding the matter that nearly 41,000 dentists will be being asked to hand over fees that are yet to be legally validated.

The BDA says that the proper way to go about this is to decide whether this is lawful before, not after the money is taken.

It goes on to say that the GDC’s proposition gives no detail of how it will pay the money back if it is shown to be wrong, which the BDA has described as wholly unacceptable.

Chair of the BDA’s Principal Executive Committee, Mike Armstrong, said: ‘This latest round of stalling is consistent with an astonishingly cavalier attitude demonstrated by the GDC throughout.

‘The regulator can be in no doubt about the strength of feeling or about the fact that its methods have been seriously challenged.

‘We have sought to raise legitimate legal questions and obtain answers.

‘We have been met throughout with stalling, avoidance and incomplete responses.

‘It looks like the GDC wants to engineer a position where it can pocket inflated dentists’ fees first and then argue about whether it should have done so later.

‘We think that is simply unacceptable.

‘It is not the kind of cynical tactics you’d expect from a statutory public body.’