Looking back at 150 years of teaching and innovation 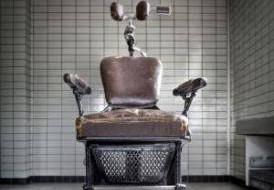 Looking back at 150 years of teaching and innovation

Had I been a dental student in Liverpool in the mid-1800s, I would not be working in a busy, modern clinic, but rather in a small dispensary in which the Royal College of Surgeons described the initial teaching resources as consisting of ‘two inconvenient and ill lit rooms’. Thousands of students and five locations later, the dental hospital now trains more than 500 undergraduates and has an annual attendance of more than 60,000 patients. This year, Liverpool Dental School is celebrating 150 years of history as a teaching institution.

It is perhaps not surprising to find that the provision of dental care in the Merseyside area in the 1800s was not widely available. A toothache in this era would usually be remedied by a self-professed ‘dentist’ of dubious skills, often in the back room of a dingy house, a far cry from the current 160-station hi-tech clinic. The pivotal point for the residents of Merseyside came in 1860 when one local dentist, Captain William John Newman, decided to make a difference. Appalled by the lack of free facilities for the poor to alleviate dental pain, he established a charitable institution known as The Liverpool Dispensary for Diseases of the Teeth, which would later become the Liverpool Dental Hospital as we know it today.

The dispensary was founded with an annual income of £60 (equivalent to approximately £6,000 taking inflation into account). It first opened on the 20 September 1860, and provided treatment including extractions, scaling and polishing, restorative and orthodontic treatment. More than 600 patients were seen in that first year. Within two years, The dispensary had a patient base of more than 1,000, each one of them under the treatment of a single dentist – Newman. Gradually, he was joined by other volunteers who were attracted by the prospect of teaching their dental skills to new apprentices. This success led to the dispensary being renamed the Liverpool Dental Hospital in 1864 – an official teaching institution. By 1881, the increase in the number of dentists and students led to more than 10,000 patients being treated annually.

It wasn’t until the late 19th century that dentistry really started to progress from a craft, with students serving an apprenticeship, into a profession with rapidly expanding frontiers of knowledge based upon sound scientific backing. Public demand for the relief of pain influenced clinical training in the early years, but as the years have gone by there has been a paradigm shift to understand the core underlying biological concepts for the prevention and treatment of dental diseases. Liverpool has made valuable contributions to this advancement, both from academic and clinical perspectives. Since those early days, Liverpool Dental Hospital has transformed into one of largest providers of dental care in the north west of England.

Many things have changed since the foundation of the Liverpool Dental School, but the emphasis on preventative care and education is still very much apparent. Tribute must be paid to the handful of dentists who, not only started the dispensary out of charity, but also had the foresight to use the opportunity to provide training for their apprentices. This academic approach to dentistry has contributed to the professional education that has propelled dentistry into the highly skilled profession that it is today.