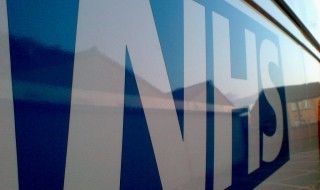 A rising number of adult and child patients see an NHS dentist, but only the north of England shows an increase in the percentage of children seen.

New figures from Health and Social Care Information Centre (HSCIC) show that just over 29.9 million adult and child patients in England saw an NHS dentist in the 24 months to June 2014.

However, while the total number and percentage of adults seen by June 2014 is higher than in 2006, the percentage of the child population seen has fallen by almost one percentage point.

‘While more and more people are taking a turn in the dentist’s chair, the proportion of the population seen is increasing slightly for adults but dipping slightly for children compared to eight years ago.

‘Both the national and regional picture will be of interest to the public, but also provides a basis for further exploration for health professionals.

‘The report also highlights dental workforce statistics, which show an 18% rise in the number of dentists performing NHS activity since 2006/07, will help to build a fuller picture of the state of NHS dentistry in England.’

NHS Dental Statistics for England: 2013/14, which provides information about patients seen by dentists and NHS dental activity in England, shows that in the 24 months to June 2014:​

Considering the four NHS regions in England in the 24 months to June 2014: