The role of saliva in oral and systemic health 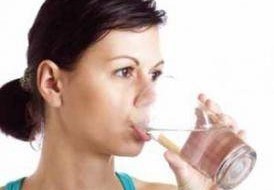 The role of saliva in oral and systemic health

Saliva is a vital body fluid, without it, continued healthy functioning of the oral cavity would not be possible. The multiple functions of saliva relate both to its fluid characteristics and specific components. As a fluid, saliva facilitates mastication, bolus formation, swallowing, lubrication of the mucosa and speech. Specific components of saliva contribute to antimicrobial activity, buffering actions, digestion and the protection and maintenance of mucous membrane.

Its major components, water and mucin, serve as a cleansing solvent and lubricating fluid. In addition it contains digestive enzymes: lingual lipase and ptyalin (salivary amylase), mucins, and electrolytes (sodium, potassium, chloride). It maintains the normal antimicrobial factors, epidermal growth factor, minerals and buffering systems. It maintains normal balance of the oral flora, protecting mucosa from overgrowth of potentially pathogenic organisms, most notably Candida species. The viscosity of saliva is much higher than that of plain water due to the presence of various glycoproteins and immunoglobulins. These and other chemical characteristics give saliva its coating and lubricating properties.

The importance of saliva, however, extends beyond its local effects on the oral tissues. In addition to being important in speech and swallowing, saliva is also a vital part of the human defence system, containing secretory IgA and components such as lyzosyme, lactoferrin, histatins along with salivary peroxidase systems. Saliva contributes to the first line of oral defence and, after swallowing, saliva has a mucosal protective capacity within the gastrointestinal tract (Nagler et al, 2002).

Another defence mechanism, the antioxidant system, exists in saliva and appears to be of paramount importance. Antioxidants are present in all body fluids and tissues and are critical in protecting against damaging reactive oxygen species (ROS) and reactive nitrogen species (RNS) that cause oxidative stress and DNA mutations (Halliwell, 1991).

Saliva contains a wide range of antioxidants including uric acid, albumin, vitamins A, C and E along with antioxidant enzymes such as reduced glutathione, oxidised glutathione, superoxide dismutase (SOD) and catalase (Nagler et al, 2002). Over production of ROS and decreased clearance by ROS scavenging antioxidants results in oxidative stress and tissue damage (Poston and Raijmakers, 2004).

The antioxidant capacity of saliva appears to protect against oral cancers (Wu, Chi and Liu, 2005), and has been implicated in the progression of periodontal disease (Sculley and Langley-Evans 2003), susceptibility to periodontal disease and systemic inflammation associated with diabetes (Pendyala, Thomas and Joshi, 2013) and recurrent aphthous ulceration (Saral et al, 2005).

In the UK, incidence rates for oral cancer have increased by 26% in males and 30% in females (Office for National Statistics, 2012) (ISD Scotland, 2012) (Welsh Cancer Intelligence and Surveillance Unit, 2012) (Northern Ireland Cancer Registry, 2012). The salivary antioxidant system has an essential anti-carcinogenic role in the oral cavity and plays a pivotal role in the pathogenesis of oral squamous cell carcinoma (OSCC) (Reznick, Hershkovich and Nagler, 2004). In addition Wu, Chi and Liu (2005) demonstrated that saliva plays an important role in cigarette related nicotine induced DNA damage.

Free radical ROS and RNS, which induce oxidative and nitrative stress, are key contributors to the development of OSCC (Ma et al, 2006). RNS in the form of nitrosamines and ROS such as superoxide radicals, hydroxyl radicals and hydrogen peroxide play a key role in cancer developments as they can cause DNA alterations and enhanced expression of genes that cause normal cells to become cancerous (proto-oncogenes).

Salivary nitrosamine production results from dietary nitrates which are absorbed from the gastrointestinal tract. In the oral cavity salivary nitrates are converted to nitrites which then react with amines to form carcinogenic nitrosamines (Xia, Deng and Wang, 2003) (Deng, 2000).

In addition to antioxidants, saliva also contains nitrosamine inhibitory agents along with another crucial anti-cancer salivary enzyme glutathione S-transferase (Stich, Rosin and Bryson, 1982). The salivary composition of patients with OSCC has been found to be substantially altered with respect to free radical induced mechanisms, with salivary RNS levels significantly higher and all salivary antioxidants significantly reduced (Bahar, 2007).

More recently Hershkovich, Shafat and Nagler (2007) looked at the increased prevalence of oral cancer among older people and suggested this may be due to an age related reduction in protective salivary antioxidant mechanisms and age related magnitude of oxidative stress from ROS and RNS exposure. A decrease in salivary secretion and reduced ability to flow and arrive at the sites where salivary protection is required adds to the reduced antioxidant protective capacity of saliva (Lee et al, 2002). The reduction in saliva flow may be as a result of age related changes to salivary gland function and/or multiple medication use in the elderly (Shern, Fox and Li, 1993).

The development of oral cancer is multifactorial. However, whilst ROS and RNS are involved in the initiation and progression of OSCC, both are inhibited by antioxidants (Sun, 1990). What is not clear is whether an increase in ROS and RNS activity results in depletion of antioxidant availability or if the opposite is true. In either case the pathogenesis of oral cancer is related to the close contact between saliva and the mucosal tissues, demonstrating the vital role salivary antioxidants may play in the prevention of oral cancer.

The aetiology of periodontal disease is based on an imbalance between bacterial challenge from species that colonise the oral cavity and host response to these bacterial pathogens (Lamont and Jenkinson, 1998). Three primary species have been identified as periodontal pathogens: Aggregatibacter actinomycetemcomitans (AA), Tannerella forsythia (Bacteroides forsythus) and Porphyromonas gingivalis (PG). Of these PG shows extensive proliferation in chronic periodontally diseased patients (Haffajee and Socransky, 1994).

In response to bacterial invasion, the host immune response releases proinflammatory cytokines (IL-1, Il-6, Il-8, TNF), which recruit Polymorphonuclear leukocytes (PMNs) to the site of infection (Lamont and Jenkinson, 1998). PMNs are the primary host defense against periodontal pathogens. PMNs in periodontal patients display an increase in number, adhesion and oxidative activity, releasing ROS species such as superoxide. As the superoxide released is not target specific oxidative damage to the surrounding tissues occurs (Guarnieri et al, 1991). These mechanisms have identified ROS involvement in the aetiology of periodontal disease along with lowered antioxidant levels implicating oxidative stress in the pathology of periodontal disease (Sculley and Langley-Evans 2003) (Waddington, Moseley and Embery, 2000).

Several studies have demonstrated increased oxidative stress and depleted antioxidant availability in periodontitis patients (Panjamurthy, Manoharan and Ramachandran, 2005). Individuals with periodontal disease have a significant increase in the activities of antioxidant systems in gingival tissue compared to healthy controls, demonstrating a correlation between oxidative stress biomarkers and periodontal disease (Borges et al, 2007). When high levels of extracellular ROS exist antioxidant levels are suggested to play an important role in the onset and development of inflammatory oral diseases (Chapple, 1997).

Although it remains unclear whether the decreased saliva and/or plasma antioxidant status is a cause or a result of periodontal disease, the presence of salivary antioxidants surrounding the gingival crevice may be of major importance in dampening down inflammatory processes initiated by bacterial infection. The extent of dietary influence on salivary antioxidant status is unclear, however recent studies have indicated that nutritional supplementation may improve pocket depth and that inadequate antioxidant levels may be managed by higher intake of fruit and vegetables or by phytonutrient supplementation (Harpenau et al, 2011) (Van der Velden, Kuzmanova and Chapple, 2011).

Recurrent aphthous ulcers (RAU) represent a very common but poorly understood mucosal disorder. It is estimated that at least 1 in 5 individuals has at least once been afflicted with aphthous ulcers. Patients with RAU experience oral pain ranging from mild to intensely painful that interferes with normal activities (Zunt, 2003).

The exact cause is unknown however attacks may be precipitated by local trauma, stress, food intake, drugs, hormonal changes and vitamin and trace element deficiencies. Local and systemic conditions and genetic, immunological and microbial factors all may play a role in the pathogenesis of RAU (Natah et al, 2004).

More recently RAU has been associated with markers of increased oxidative stress and decreased antioxidant status that may play a crucial role in its pathogenesis (Cimen et al, 2003) (Bilgili et al, 2013). All of the above mentioned conditions can disturb the oxidant/antioxidant balance and can accelerate the formation of ROS. In health mucous membranes are protected from oxidative damage by general host defences and specific immune responses. The antioxidant system has been shown to protect biomembranes from oxidative damage by quenching ROS activity (Halliwell, 1991).

In addition dietary and nutrient deficiency plays an important role as an initiating factor in RAU (Porter, Scully and Pedersen, 1998), particularly antioxidant vitamins and minerals as they are involved in antioxidant defense system (Cimen et al, 2003).

In conclusion, the evidence shows that there is increased oxidative stress and levels of both plasma and salivary antioxidants are decreased in patients with RAU. It has yet to be established whether it is the antioxidant system impairment in RAU patients is the cause or consequence of recurrent aphthous ulceration. Nevertheless these findings re-enforce the importance of salivary antioxidants as a protective mechanism of oxidative damage to oral mucous membrane.

The available evidence to date implicates pro-inflammatory mediated oxidative stress in the pathogenesis of oral diseases and that local antioxidant status may be important in determining the susceptibility, disease progression and prevention of oxidative damage to mucous membranes. The presence of salivary antioxidants surrounding the gingival crevice may be of major importance in dampening down inflammatory processes initiated by bacterial infection. Further research is needed to understand the influence of nutrition on salivary antioxidant status that may lead to the development of a nutritional strategy for the treatment and prevention of inflammatory oral diseases.

This article has been supported by an educational grant from the Wrigley Oral Healthcare Programme, which is dedicated to improving standards of oral health in the UK and Ireland by providing dental professionals with the tools and knowledge to communicate the clinically proven* benefits of chewing sugarfree gum to their patients.

To find out more about the Wrigley Oral Healthcare Programme’s sampling and CPD offering in the UK, please visit: www.wrigleyoralhealthcare.co.uk.

Pendyala, G., Thomas, B. and Joshi, S. (2013) ‘Evaluation of total antioxidant capacity of saliva in type 2 diabetic patients with and without periodontal disease: A case control study.’ North AM J Med Sci; 5(1): 51-57.