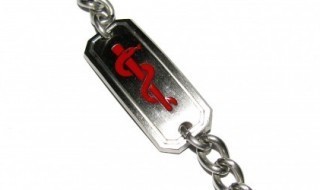 One such significant group is people living with diabetesa condition whose potential impact on oral health is widely recognised. Since 1996 the number of diabetics in the UK has risen from 1.4 to 2.9 million, and is expected to rise to 4 million by 2025.[i]

Both type I and type II diabetic patients are more vulnerable to bacterial infection, which increases the risk and severity of oral bacterial infections such as gingivitis and periodontitis,[ii] with younger patients perhaps especially susceptible. It is therefore vital that this group pays particular attention to its oral healthcare; the first essentials must be regular visits to the dentist and hygienist, and daily periodontal care included within a home hygiene routine.

Traditionally dentists have recommended flossing as a periodontal adjunct to regular brushing.  However, younger patients are reluctant to commit to flossing and for many older patients floss is difficult to use to good effect; for these, and other reasons, doubts are now being expressed about its overall value as a tool to promote good periodontal health.[iii]

A 2006 systematic review led by Hujoel found a lack of evidence to show that flossing reduced the incidence of interproximal caries. [iv] Similarly, Berchier and colleagues found that adding flossing to tooth brushing had little or no effect on gingival inflammation or bleeding.iii

There is a range of Water Flossers (sometimes called oral irrigators or dental water jets) on the market from different manufacturers, but unlike the Waterpik Water Flossers not all have been scientifically tested. While all Water Flossers are believed to reduce plaque biofilm to some degree, the

Waterpik Water Flosser has been shown to remove up to 99.9% of biofilm from treated areas after only a three second treatment.[v] Waterpik Water Flossers have also been shown to reduce gingivitis, bleeding, pocket probing depth, host inflammatory mediators and calculus, which makes them the ideal periodontal cleaning adjunct for diabetic patients with their reduced resistance to bacterial infections.

A 2005 comparison by Barnes et al of the relative efficacy of traditional string floss and Water Flossing showed that regardless of the type of toothbrush used, the Water Flosser delivered a greater reduction in gingivitis and gingival bleeding.

In 2008, a study by Sharma et al. compared the efficacy of Waterpik Water Flossers using a specialised orthodontic tip and traditional flossing in adolescents wearing fixed appliances.[vi] The Waterpik® Water Flosser was significantly better than brushing alone, or brushing and flossing, for reducing plaque biofilm and gingival bleeding.

A further study by Rosema et al in 2011 compared manual brushing and using a top-selling Water Flosser with either a standard jet tip, or a specialised tip with bristles, to manual brushing and flossing.[vii] After four weeks, it was evident that either tip used alongside manual tooth brushing was significantly better at reducing bleeding than flossing.

There is clear evidence that clinically proven Waterpik Water Flossers offer significant oral health benefits for all patients, and should be particularly recommended for higher risk patients with a predisposition for oral bacterial infections.

[iii] Berchier et al. ‘The efficacy of dental floss in addition to a toothbrush on plaque and parameters of gingival inflammation: a systematic review’, Int J Dent Hygiene 2008; 6(4): 265-279.

Deborah received her Bachelor of Science degree in Dental Hygiene and Psychology from the University of Bridgeport and her Master of Science degree from the University of Missouri – Kansas City.  She has 18 years clinical experience in dental hygiene in the United States and Saudi Arabia with an emphasis in periodontal therapy.  Along with her clinical experience, Deborah has been a full time faculty member at the University of Medicine & Dentistry of New Jersey, Forsyth School for Dental Hygienists and Western Kentucky University.  She has contributed to Dr. Esther M. Wilkins’ 7th, 8th, 9th and 10th editions of Clinical Practice of the Dental Hygienist and the 2nd and 3rd edition of Dental Hygiene Theory and Practice by Darby & Walsh.  She has written numerous evidence-based articles on the incorporation of pharmacotherapeutics into practice, risk factors, diabetes, systemic disease and therapeutic devices.  Deborah has presented numerous continuing education programs to dental and dental hygiene practitioners and students and is an editorial board member for the Journal of Dental Hygiene, Modern Hygienist, RDH, and Journal of Practical Hygiene and conducted several studies that have been published in peer-reviewed journals.  Currently, Deborah is the Director of Professional and Clinical Affairs for Waterpik, Inc.