Government and Trading Standards must step up and deal with the illegal practice of teeth whitening following the new European Directive.

It is feared emphasis will focus on where the non-registrants obtained the product, rather than the fact it is being used and compromising patient safety.

Dr Stuart Johnston, (above) a member of the BDA’s principal executive committee, and chair of the Council of European Dentists’ Working Group on Whitening Products,  speaking at the All Party Parliamentary Group on Dentistry also warned there were variations on how Trading Standards officers across the country interpret the Dental Act.

He added: ‘It also depends on where they place tooth whitening in terms of priorities, they are probably under resourced. What we have to try to do is raise the profile of tooth whitening higher up their ladder so it is an area they act on. There are some big players out there and, if we could get action against some of those, the example would be set and it would be much easier to deal with the smaller players then as they will see businesses ceasing.

‘We will continue to work with the department fo Business, Innovation and Skills (BIS) to try to get a solution. We want BIS to try to co-ordinate or lead with Trading Standards to get a uniform implementation. The legislation as it is, but we need getting co-ordinated action is needed.’

Dr Johnston also said action was needed to tackle supplies being sold online through Amazon and eBay as the companies would become liable as the provider and the internet was the only place products would  now be available to non-dentists.

He told a meeting in Westminster that dentists need to be vigilant and report non-dentists offering tooth whitening to both their local Trading Standards department and to the GDC, and for both agencies to take robust action in response to such reports.

The comments coincide with the implementation of the European Council’s directive on tooth whitening products in the UK on 31 October. This legislative change means tooth whitening products containing or releasing between 0.1 and 6% hydrogen peroxide can now only be sold to dental practitioners and that their first use must be by a dental professional in a dental setting.

Dr Johnston added: ‘The transposition of the European Directive into UK law makes possible a new era of patient safety in tooth whitening. We must now make that possibility a reality. Dentists must be diligent in reporting any non-dentists performing whitening, and Trading Standards and the GDC must put safety first and take action to protect the public.

‘Often whitening by non-dentists is also performed using dangerous chemicals such as chlorine dioxide and sodium perborate which can result in severely burnt gums. It is time to put an end to unsafe, illegal whitening.’

The GDC fears that while the change should signal an end to non-dentists providing whitening treatments, the illegal practices on the high street will continue.

And Greg Stafford, from the GDC, said that while it takes the issue seriously and will prosecute, it is ‘hampered by a lack of powers’.

‘We do not have powers to enter a property to see if the practice is going on, we can do it when they pop up in shopping centres but behind closed doors it is very difficult to prove. We need evidence of patient harm. We do not have a great deal of sanction we can impose.’

GDC solicitor Tessa Nejranowski, from the illegal practice team, said there was a trial next month and they were ‘committed and focused on protecting the public.’

Currently, fines of £5,000 can be imposed on non registrants carrying out whitening but the meeting heard how it was a derisive amount and the cash could be easily recouped through more whitening procedures.

The GDC was questioned as to why it could not use other laws to secure prosecutions instead of just the Dental Act which covers the illegal practice. Mr Stafford said that most people practising the illegal whitening would not believe they were going to cause damage.

The British Dental Trade Association is calling on the beauty industry to ensure its members – and those who train them – to leave whitening to those who can provide it both legally and safely. 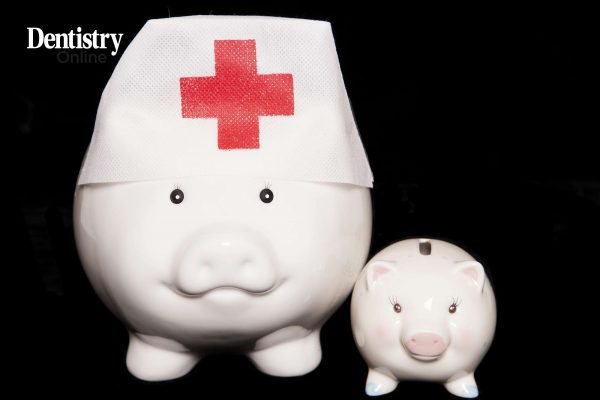