Scottish dentists and doctors to be awarded pay rise 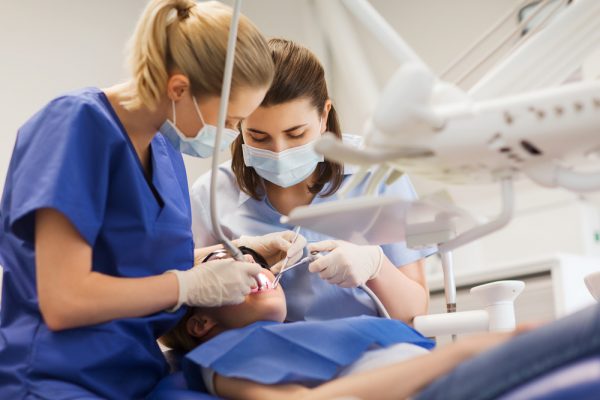 Scottish dentists and doctors to be awarded pay rise

The Scottish government has announced a 2.5% pay increase for dentists and medical staff

The boost, which is above the rate of inflation, will be included in next month’s salaries, with payments backdated to April 1 to follow ‘as soon as practical’.

She said: ‘It’s the continued hard work and dedication of staff which makes our NHS the treasured institution it is and this uplift demonstrates that we fully value all our staff and the important contribution they make.

‘It’s crucial we continue to not only recruit and build our future NHS workforce, but also retain expertise.’

She also explained that the announcement means junior doctors working on typical rotas in Scotland can be up to £6,000 a year better off than their English equivalents.

‘Our specialty doctors, associate specialist doctors and consultants will remain the best paid in the UK.

‘This will help ensure that NHS Scotland remains an attractive employment option for medical and dental staff.’

Last month, Chancellor Philip Hammond announced a 2.5% pay increase for hospital doctors and dentists in England, in line with the recommendation by the independent pay review body for these sectors.

BMA Scotland chairman Lewis Morrison said the announcement is ‘hopefully a first step’ to addressing the impact of ‘years of real-term cuts’ in doctors’ pay.

A spokesman for the Royal College of Physicians of Edinburgh said: ‘At a time when NHS doctors are facing growing pressure on their professional time, it is vital that they are made to feel valued.

‘The backdated pay award is a very welcome way of doing that but we would like the Scottish Government to go further.

‘Introducing protected time for doctors to teach and research, as well as better rest facilities and input into rota design, would be positive ways to show doctors that they are truly valued.’